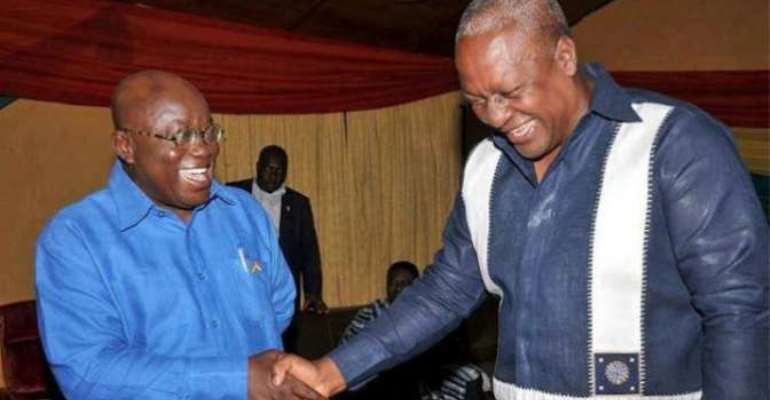 In 1994, when South Africa became independent from Apartheid and reverted to black majoritarian rule, F.W. de Klerk and Nelson Mandela were hailed for their statesmanship. They had earlier on in 1993 been awarded the Nobel Prize for Peace. Of course, South Africa has the monopoly of Nobel Prizes in Africa with 10 Nobel Prizes in Literature, Medicine, and Chemistry.

Egypt has produced 4 prizes in Literature, Chemistry and Peace (Anwar Sadat and Mohammed Baradei). Algeria has had 2 for Physics and Literature, Liberia 2 for peace (Ellen Sirleaf Johnson and Leyman Gbowee), Nigeria 1 for Literature, Kenya one for Peace (late Prof. Wangaari Mathaai), and Zimbabwe 1 for Literature.

Some of the Nobel Laureates from South Africa include Nordine Gordimer who won it for Literature, Albert Lithuli (Peace), Bishop Desmond Tutu (Peace), among others. In Kenya, we had the late Prof Wangaari Mathaai, the environmental activist. In Nigeria, we had Wole Soyinka.

I think it is high time Ghana was recognised by the world for being an epitome of peaceful political transitions and an exemplar in democratic credentials in Africa.

In that vein, I single-handedly nominate jointly President John Dramani Mahama and President–elect Nana Addo Dankwa Akufo Addo for the Nobel Peace Prize as well as for the Mo Ibrahim African Leadership Award.