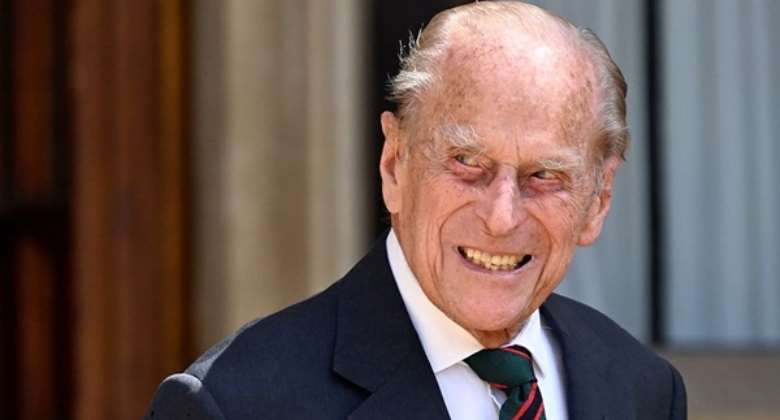 HRH Prince Philip, Duke of Edinburgh,
You devoted your entire life as Royal Consort,
You made a role model unparalleled,
Your role enviable and unmatched,
The whole world adored and admired
Your patience, sangfroid and grit,
To stay the conjugal path 73 years,
We salute you for service to Britain, the Commonwealth and humanity,
You were the epitome of a vintage husband

You were a pillar of support to our Beloved Queen and many a cause,
You piloted us through the WWF and the Equestrian Race Course,
You travelled far and wide, to spread the youth leadership scheme-
The Duke of Edinburgh Awards,
In International Schools straddling the globe,
You led an unassuming life behind the scenes,
Yet, you were the driver ensconced in the armoured vehicle,
That bulldozed and paved the way for Her Royal Majesty, The Queen;
Though out of sight of public glare,
You endeared yourself to many with your cognoscenti practical flair

You were famous for your offside humorous banter,
And extempore Royal jests,
You were the best husband and Papa among the rest,
Rest in peace in God’s eternal rest,
The world will forever celebrate your unforgettable zest,
For staccato bursts, of blunt Royal jests,
Adieu, Prince Philip, Duke of Edinburgh, adieu.

Africa, Africa, wake up, wake up,
An Iroko tree has fallen,
A Chief has gone to the village,
Porridge has poured unto the sand;
A Great Fire has been extinguished;
Slaughter all the cockerels in the village,
And close the village thoroughfares,
Douse all kitchen fires, and close your gullets for three days’ fast,
To honour the fallen Prince Philip

Wake up, wake up Africa
The news is bad,
The vibe is sad,
Prince Philip, Duke of Edinburgh, has joined the council of the ancestors;
Pour libation to pacify the ancestors to pave way to receive his soul;
Beat the Odabo drum to make the sad news resound wide and far,
Thrum hard the Royal Fontomfrom and Atumpan drums of Ashanti;
Carry the heavy message on the airwaves across Africa,
A Great Odupon Tree has fallen,
Our pillar of strength has been uprooted

Let the men fire their musketry,
Let the women clad in black and red clothes,
Mourn in soulful dirges, amidst Asafo war songs and great somersaulting

Give the men palm-wine, kachasu, ogogoro and, akpeteshie,
To drink their sorrows away;
A man came into the world,
To do his part, and the skit was not forever;
Death has this day set us apart,
And murdered our sleep;
He has journeyed to the ancestors in the river beyond;
Chew the bitter kola nuts,
And spew the red dregs,
On the whitewashed wall inside Windsor Castle,
To assuage your anger and create a landmark;

Beat the Dondo and Ogenne drums to awaken the people,
Strum the sorrowful Mbira and Kora strings
To awaken our emotive passions,
Let the ululations and wailings of the womenfolk,
Echo and reverberate through the dark, dank forest;
Espy the Masai Mara Plains, the Safari haunts, and the sandy Sahara Desert of nomadic Tuareg, Bedouins and Berbers,
Amidst a throng of Pharoahs in Pyramids at Gizeh,
Let the hunchback camels carry milk and victuals from Cape to Cairo,
For onward shipment to Windsor to serve the mourners.

Today, this day, we have seen red;
We have become victim to the wiles of death’s woes and threnody;
Daub your bodies with red ochre and charcoal black to pay tribute,
Let the trees shed their green leaves during the day in protest,
For the man who helped to preserve flora and fauna,
Around the world, is no more;
Let the sea in Ghana disgorge all the fishes,
On Labadi, Gomoa Fetteh and Kokrobite Beaches,
In remembrance of this great ordeal,
During COVID-19 pandemic conundrum;

Let the jackals howl all night when the moon is at half mast,
Let the owls screech till the break of dawn,
When our hearts are bleeding,
Yes, let the whole universe protest in unison,
This day, 9th of April 2021, is the day we mourn and bark like wild dogs,
Because madness has entered into our feeble hearts,
And our backs lay bloodied and uncovered,
By the thrashing of death spanking,
And we can no more contain ourselves and feelings;
Not even all the calabashes and gourds in Africa,
Could carry our tears that overflow in torrents,
To join the confluence of global anguish.