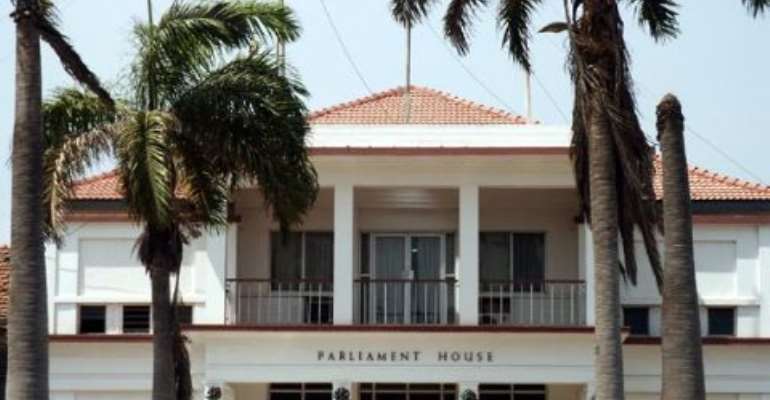 Haruna Dares Asiamah - Produce Evidence and I'll Resign Hon. Haruna Iddrisu, Member of Parliament (MP) for Tamale South who doubles as the National Youth Organizer of the Opposition National Democratic Congress (NDC), has vowed to resign both positions immediately if Hon. Isaac Asiamah, MP for Atwima Mponuah, produced evidence to back his claim that he (Haruna) had assented to the introduction of the policy of cost sharing in the Universities when he was a student leader.

The New Patriotic Party's (NPP) Hon. Asiamah, who is the youngest MP in the current Parliament had accused the NDC MP of not being honest, since he had assented to the policy of cost sharing in the country's tertiary educational institution when he (Haruna) was the President of the National Union of Ghana Students (NUGS) while he continued to criticize the NPP government of using the policy, thereby burdening students with high school fees in the universities.

The Atwima-Mponuah legislator made the claim against his colleague while making a submission at a forum organized by the Legon Hall of the University of Ghana, as part of its 53rd hall week celebration, under the theme, " Consolidating Ghana's Democracy; The role of the Military, Media, Religious bodies and Political parties."

Hon. Haruna who also featured on the programme, did not take kindly to the accusation from his colleague and had to insist on the chairperson of the forum, to allow him to respond to the allegation even though he had given his concluding remarks for which reason he could not have made any further submissions.

The Chairman could not, but give the young Tamale South MP the opportunity to respond to the allegation against him, at the insistence of majority of the students who shouted, "allow, allow."

Just when Hon. Haruna was given the opportunity to respond to the issue, Hon. Asiamah became angry, complaining of why his colleague should be allowed to make a further submission by way of responding to his comments since Haruna had already given his concluding remarks.

Subsequently, he decided to stage a parliamentary-like walk out but had to be persuaded by the student leaders of the hall to stay through the last minutes of the programme since any such act from him would mar the beauty of the programme.

After the programme, however, the youngest MP told The Chronicle that he was absolutely unhappy with what had happened and maintained that he had evidence to prove what he had said and noted, " I will surely find an appropriate forum to make my case."

In his earlier submission, Hon. Haruna noted that the Ghanaian media had paid its dues in terms of its contribution to the development of the country's democracy.

He however accused a section of the media of compromising the independence of the media as enshrined in the nation's constitution.

Hon. Asiamah, on his part, called on media personnel in the country to exercise what he termed moderation and circumspection in the discharge of their duties.