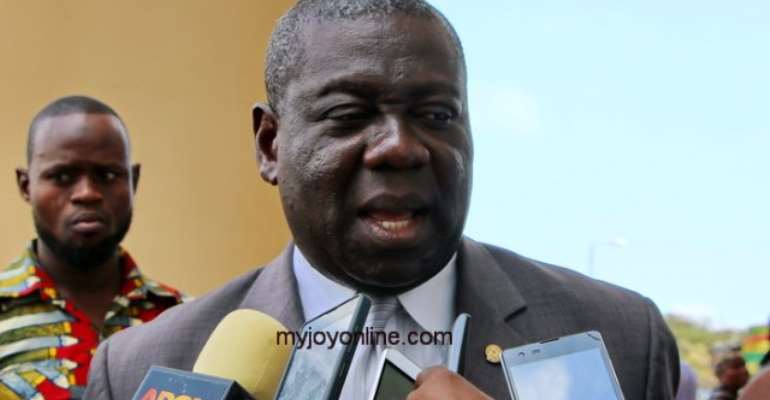 The friendly winds that swept across the principal streets of the various communities within the constituency that Tuesday evening, dragging rags, polythene bags, papers and all forms of waste, including jilted balls of Fante kenkey, and depositing them in squirming heaps under the New Takoradi sea defence were evident of the fact that relief, after decades of absence, had finally visited Kwesimintsim and its sister communities. Indeed, it was a delight to watch people of all age and class move in turns on different dance floors to perform such dances as Azonto, Amanda, Skelewu, and other contemporary dances with gusto and brio.

Wait! You're not reading a fictional piece cooked by a Ghallywood script writer, neither are you consuming a repeated narrative of an age-long tale. This is a true account of how cats, dogs, cows, pigs, sheep and the discerning people of the Kwesimintsim constituency danced in ecstatic fashion when news hit them that Honourable Joe Baidoo Ansah had, at long last, been shown the door to his ex-gratia. On behalf of the good people of the constituency, I salute the delegates who took this bold decision to relieve the Honourable of his duties. We can't thank them enough.

In the Kwesimintsim township, the news was met with exhilaration by everyone, including the very billy goat whose smelly beard and silly moustache so much irritated the outgoing Honourable that he would not for once, in four solid years, except during elections, pass through the township to say a common hello to the very people whose thumbs are what gives him the mandate to further punish and disappoint them. To the Pro-Baidoo Ansah campaigner, this may sound quite sarcastic if not fallacious. But to the many of us at the other side of the divide, this article comes to add some rhythm to the beat to which we are already twisting our waists in jubilant celebration of the long-awaited and highly welcome news.

Honourable Joe Baidoo Ansah is one of the many Members of Parliament who lack basic respect for the electorate and make voting seem a useless exercise. We can't be wrong to assume that he is one person whose actions have really cost the NPP in Takoradi and in the Western Region for that matter. In fact, some of us were expecting the rank and file of the party to have seen this and worked against him long time but how different are those who were supposed to have executed this task? I have no time to enumerate the crimes of the Honourable, but wherever he is, he should kindly take a paper and list the number of times he visits the constituency after elections. I will be Ok with just a single visit in three years.

I won't talk about achievements. Whoever is interested in this might want to visit Kwesimintsim or any of the sister communities to find out. I think the NPP in general needs to do a reality check of the performance of their MPs in the Western Region before reality dawns on them. Out of the twenty-four constituencies within the region, how many belong to them now? Only six, right? I will end here but certainly not after saying "fair thee well, Honourable Ansah."