Our Mothers, Our Moulders 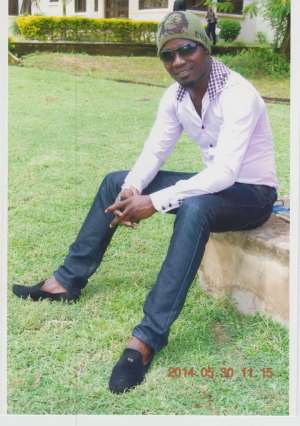 In an open letter to her mother, Lauren N, managing editor of Future Female Leaders wrote, "Thank you for knowing when I was wrong and spanking me when I was being a brat." Funny enough, one thing that sees some of us hurling insults and curses on our mothers is their disciplinary mechanism. Fortunately, some of our mothers acknowledge the ineffectiveness of spanking and other harsh correctional measures and so they will not employ them in training up their children.

In a mother's day message to her mother as published on Facebook, Seth Asiedu, a seasoned soccer pundit, vividly recounts his 'boyhood' days with his mother in the most touching fashion. "Ordinarily, we knew we would be caned if we committed a particular offense but mum kept pulling up surprises when we least expected.

Instead of us being whipped, she would wake up the 'culprit' of that offense around 2am when all the other siblings were asleep. She would lead you to the living room with her bible being her only 'weapon'. She would then pray and begin to refer to scripture one by one on the said 'transgression'. By the time the session was over, the Holy Spirit would have done His job and you'd find yourself weeping uncontrollably and more importantly, transformed."

Arguably, Seth's mother's disciplinary mechanism is superb and the most effectual means of correcting a child but the bitter truth is that not all of us may be lucky enough to find a mother with such an excellent disciplinary skill. There exist mothers who will resort to the rod and verbal lashes upon the least offence. However harsh a mother's scolding or spanking may seem, it may not necessarily translate into hatred for her child.

A mother's decision to house a troublesome foetus in her womb for nine months when others were negotiating lavatories and gutters for theirs is in itself an incontrovertible justification of her unwavering love for her child. Mothers are spiritual pillars of our lives and anyone who is fortunate to have a living one must hold her with glued claws.

The struggle our mothers go through to complement our fathers' efforts at keeping a happy home is another interesting episode on its own. The story is not even funny in situations where the mother is a single parent. Theresa Ennin couldn't have painted the picture more vividly in line 18-22 of her poem, Makola.

"That young girl with thin arms balances a bowl of sachet water on her head.

The runny nose baby at her back is supported with a faded ATL cloth.

The baby whispers. She tries to sooth him by patting his leg."

The lines above paint a story of a young girl who's going through the hustle and bustle of life to make living meaningful for herself and her child. A lot of us are fortunate to have mothers who'll fight tooth and nail for our survival and wellness.

Our mothers are humans. And as human as they are, they also have their 'other side' but we'll pardon their flaws because parenting is one job that demands a great deal of effort, tact and expertise.

Our mothers have done enough and they deserve all the hugs. Happy mother's day!!!