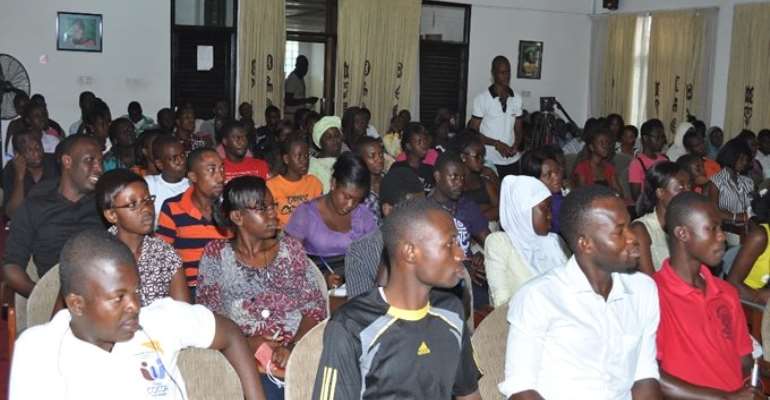 A youth-focused organisation has urged political parties to improve the engagement of the youth in political activities.

Youth Bridge Foundation in a statement signed by its Executive Director, Seth Oteng said the call if heeded, would empower the youth with adequate knowledge to hold various governments accountable.

Below is the full statement.
Background
We, Youth Bridge Foundation (YBF), recall our 11th May 2016 press statement in which we expressed concern about the delay in the release of manifestos from the various political parties.

Four months later and barely three months to the December 2016 elections, the National Democratic Congress (NDC) release their manifesto on Tuesday, 13 September 2016 and the New Patriotic Party (NPP) yet to announce a date.

We acknowledge that beyond the repeated assurance that the manifestos will be released ‘soon’, there has also been sporadic mention of their intent and the challenges in the country they hope to address should they be elected. This, in our opinion, does not constitute adequate preparation of the electorate.

Noting that a projected 60% of the registered voter population shall be youth (aged 18 to 35 years), we are deeply disturbed by the neglect of these important constituents and the larger citizenry as important stakeholders in the electoral and political processes.

The Mobilization of Discontent, a complementary theory to the Frustration – Aggression Theory basically opines that the presence of discontent may be passive or dormant until such discontent is mobilized. Close to election, the confluence of a large core of uninformed and unemployed youth, citing ever-increasing grievances occasioned partly by their heightened expectation provide substantial discontent that can be easily mobilized. Such discontent once mobilized could engender a threat to security.

Action Call
In this regard, the Youth Bridge Foundation is calling on:

The media and civil society organizations to organize coordinated youth friendly educational programmes to decipher the key issues in the manifestos issued by the political parties.

Political parties to be open to embrace recommendations and make room for adaptation after their manifestos have been reviewed by the citizenry.

The Electoral Commission, the National Commission for Civic Education and all political parties, as a matter of urgency, to engage the citizenry in the electoral process, particularly the electorates

The country to consider the institution of a regulatory framework that will stipulate an agreed time by which political parties would have issued their manifestos.

Conclusion
Undoubtedly, the release of the manifestos will ensure citizens’ review and interrogation of the issues raised on all media platforms, including discussions in the local languages for broader public education. YBF maintains that this is in the best interest of the youth whose aspirations are hinged on the policy blueprints of the various political parties seeking to govern. The development of an informed citizenry, empowered with knowledge to hold government accountable must be prioritized.