Omane-Boamah, Butchers Are Trained To Cut Heads, Not To Count Them 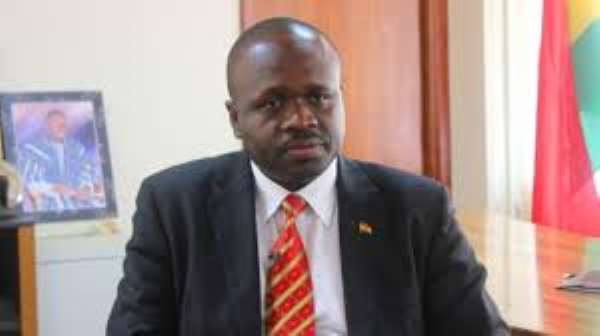 Violent cowards are morbidly afraid of death. But if they were good Christians, as they claim to be, the NDC apparatchiks would have since long learned from the great teachings of Jesus Christ that those who are quick to draw and brandish the sword – in our time the machete or the gun – are apt to die by the very language of their own choosing.

Truth be told: I was quite a bit taken aback to learn about Mr. Frederick Fredua Antoh’s alleged statement to the program host of a Kumasi-based radio station that at another in our beloved nation’s history, the megalomaniacal President John Dramani Mahama, who is adamantly seeking a second-term in office, in spite of the unprecedented economic mess created under his watch, would have been summarily executed by firing squad (See “F. F. Antoh Apologizes for ‘Kill Mahama’ Comment” 3News.com / Ghanaweb.com 9/9/16).

Well, for those of our readers who may either not know or have never heard the name of the man, Mr. Antoh is the First-Vice Chairman of the New Patriotic Party (NPP), the country’s main and most formidable political party. I was not the least bit shocked or outraged by his alleged assertion because President Mahama was fully aware of the “incarnadine” hands of the Trokosi Nationalist Founding Leaders of the National Democratic Congress (NDC) long before he scandalously decided to truck with them.

To be certain, this most significant decision of his political career may well have turned out differently if the Accra High Court judges savagely abducted from the sanctums of their homes and brutally assassinated, Mafia-style, had been of Gonja or northern ethnicity and not of Akan descent. I make this observation because Mr. Mahama has shamelessly foregrounded tribalism as the most important plank of his presidential electioneering campaign. He did it in 2012 and he has been playing the same volatile and potentially deadly game in the lead-up to the 2016 general election.

On the other hand, under the “revolutionary” leadership of the Rawlings-minted National Democratic Congress, Ghana has literally been reduced to a net importer of basic food items. Ghana has decidedly become an agricultural basket case. Gen. Acheampong also did far more towards the development of sports, housing and energy generation than any other Ghanaian leader since independence, with the possible exception of President Nkrumah. And yet what was his reward when the country’s hitherto rejuvenated and vibrant economy began to rapidly falter in the waning days of his six-year tenure?

And so what makes any of these P/NDC executioners think that the scales and/or arms of justice, probity, transparency and accountability ought to be any different for the likes of Chairman Jerry John Rawlings, Capt. Kojo Tsikata and Mr. John Dramani Mahama? I was also amused in no mean measure to hear Dr. Edward Omane-Boamah, the Mahama Communication Minister, insolently declare that: “We [the NDC Abongo Boys] believe that elections are about counting heads and not cutting heads.”

One can only forgive Dr. Omane-Boamah for spewing such pontifical inanities because he was too young during the bloody heydays of the absolute occupation of the Ghanaian political landscape by the Trokosi Nationalist Butchers. Even so, the Okwawu-‘Bomeng native cannot be forgiven for woefully failing to educate himself about the true history of the ideology and practices of the leadership of the political juggernaut to which he has expediently decided to hitch his destiny.

Maybe somebody ought to apprise this woefully misguided Mahama tout of the fact that butchers are trained to cut heads, not to count them.

15 Assembly Members, others granted bail for cursing Regiona...
59 minutes ago