Love and the Righteousness of Yeshua ha Mashiach: His name is Holy 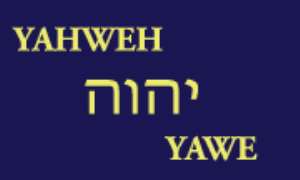 Who is Yeshua? Truly have you ever heard of Yeshua’s name? I am here to tell you about the reason why he was born, why he lived and why he came back to life after his death. His name is Jesus or “Yesus” according to the transliteration of Hebrew letter phonemes into Greek characters.

Every language has its own phonemes or sound particles for the expression of words that have meaning. This is why transliteration—changing the phonemes of one language into another’s alphabet—can be a problem. In Hebrew, some sounds exist, that DO NOT exist in other languages. One of them is the sound “sh”, which is represented by the letter shin of the Hebrew alefbet. Ancient Greek lacks the phoneme sh unlike Hebrew. This is why the name Yeshua—which is Aramaic—was written as Iesous. In ancient Greek, the “s” sound is the closest thing to the sh phoneme of the Hebrew letter shin.

Unfortunately, some people without wisdom have perpetuated a LIE about how Yesus or Iesous—a transliteration—was intended to honour the Greek false god called Zeus. Also, it is worth mentioning that originally, the English letter “j” had a “y” sound and not the hard sound that we use in terms like “jump” or “Jesus” today. This is why even in other European names--such as those from Scandinavian countries--the j (as in the surname Jorgensen or Bjork) has a y sound in pronunciation. Anyhow, this is not our topic today.

My topic today is to look at Yeshua in terms of his love for Yahweh and the resulting righteousness he demonstrated while on earth. It is written, “For God so loved the world, that he gave his only begotten Son, that whosoever believeth in him should not perish, but have everlasting life” (Yochanan/John 3:16 KJV). This verse will always be on the mind of every believer in the righteousness of Yahweh and Yeshua, in that it is the very essence of why Yeshua came to the earth. God gave his Son for the purpose of ensuring that every person who ever comes into contact with this truth can know his or her Father in heaven.

Yeshua ha Mashiach: the person
It is written, “Now the birth of Jesus Christ [Yeshua ha Mashiach] was on this wise: When his mother Mary had been betrothed to Joseph, before they came together she was found with child of the Holy Spirit” (Mattityahu/Matthew 1:18 ASV).

As you can see, like many of us, Yeshua’s birth was very controversial. How do you justify a pregnancy in the natural realm whereas only the Spirit of God is available to witness that the Father of Creation conceived the child supernaturally? Well there is a verse for a situation just like this one; it is therefore written, “With men this is impossible; but with God all things are possible” (Mattityahu/Matthew 19:26 KJV).

Yeshua’s birth was controversial, but was ordained by prophecy. There is a prophecy regarding the birth of Yeshua that is often neglected by many believers in Yeshua of this generation. This prophecy was uttered by Yahweh to one of Yisrael’s greatest and most revered of Seers. His name is Moshe ben Amram (Moses son of Amram). The prophecy about Yeshua ha Mashiach described in Devarim /Deuteronomy 18:15, 18-19 reads as follows: “Jehovah [Yahweh] thy God will raise up unto thee a prophet from the midst of thee, of thy brethren, like unto me; unto him ye shall hearken…I will raise them up a prophet from among their brethren, like unto thee; and I will put my words in his mouth, and he shall speak unto them all that I shall command him. And it shall come to pass, that whosoever will not hearken unto my words which he shall speak in my name, I will require it of him” (Devarim /Deuteronomy 18:15, 18-19 ASV).

The former prophecy of Yeshua’s coming may be summarised as follows in order to understand that although Yeshua is not mentioned by name in the prophecy, the reference is contextually about him and NO ONE else but him.

Yeshua ha Mashiach: his life
So why did Yeshua come to the earth at all? Well the answer to the question stems from the prophecy provided by Yahweh to Moses that He would raise a prophet up that needed to be heard. Yeshua himself provided more of the evidence of why he needed to be heard and what his purpose on the earth actually was. As well, the evidence of the angelic messenger that brought news to Miryam (his mother) about her conception of Yahweh’s child reveals much. Here is the evidence: “…behold, an angel of the Lord appeared unto him in a dream, saying, Joseph [Miryam’s/Mary’s husband], thou son of David, fear not to take unto thee Mary thy wife: for that which is conceived in her is of the Holy Spirit. And she shall bring forth a son; and thou shalt call his name Jesus [Yeshua]; for it is he that shall save his people from their sins” (Mattityahu/Matthew 1:20-21 ASV).

So then, Yeshua’s life was for the purpose of saving his people Yisrael from their sins or habitual breaking of God’s commands according to unrighteousness. The need for people to turn to Yeshua is of essence in everything: marriage, business and government. Every facet of life was meant to be given over to Yeshua so that he can show mankind how to live life free from the power of sin and death that follows from sin.

Yeshua ha Mashiach: his death
When Yeshua died, many who believed in him as the Son of Yahweh, were disheartened. Unfortunately, they did not see that Yeshua really never died at all except that his physical body liberated his spirit and soul, and was then resurrected never to die again.

It is written, “And Jesus [Yeshua] cried again with a loud voice, and yielded up his spirit. And behold, the veil of the temple was rent in two from the top to the bottom” (Mattityahu/Matthew 27:50-51 ASV). So you see, when Yeshua was nailed to the wood, as a result of his death, the Holy Spirit was liberated and human beings were able to access God in person unlike before. The death of Yeshua atoned for the sin of Yisrael and the rest of mankind and made human beings able to visit the holiest place in existence: the presence of God, where there is no sin.

Yeshua ha Mashiach: his resurrection
After his death, Yeshua was resurrected from the dead state of his body not having a spirit in it. His Father in heaven was able to do this by the miraculous power of the Holy Spirit which is called in Hebrew, Ruach ha Kodesh. The significance of Yeshua’s resurrection is that he was able to change the death sentence of Yisrael and the rest of humanity—for violating God’s commands—into the mercy the Father willed, all as a result of his blood having been shed.

It is written, “And they overcame him because of the blood of the Lamb, and because of the word of their testimony; and they loved not their life even unto death” (Revelation 12:11 ASV). The key to overcoming the power of sin that comes through Satan’s and heathen government’s influence is to ensure that you accept and believe in the blood sacrifice of Yeshua ha Mashiach. This is necessary in order to BEGIN your path towards being liberated from heathenism.

In fact, Yeshua never left his people without hope. He loved Yahweh and intended for there to be a righteous government order in the earth. His name is therefore holy and set apart unto righteousness!!

Now for today’s Evhe lesson. Today we will deal with the matter of righteousness and the Evhe language. In Evhe, we say dzɔdzɔenyɛnyɛ for righteousness. It literally means “the state of straightness”. To be righteous, one must walk a straight path under grace or the regulating power of the Holy Spirit. Then you will develop the right ethics for work in the Kingdom. Amen. Here is a list of Christian ethics in Evhe. Enjoy!!

The Evhe language is being pushed by some of its local and international speakers. In case you are interested in learning, feel free to contact me at [email protected]. Thank you very much (Akpɛ kakaka).