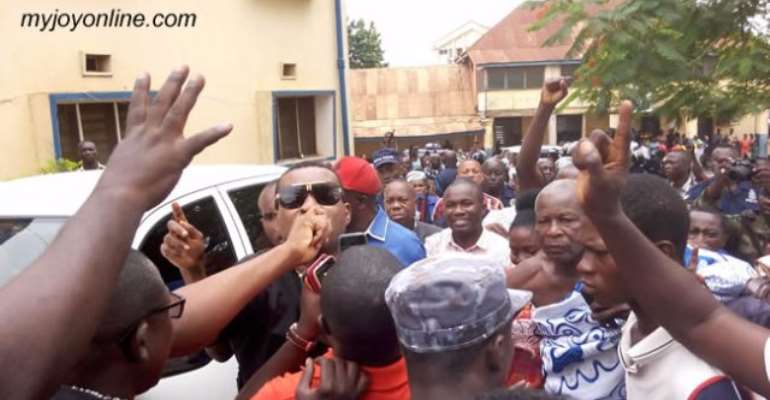 The Ashanti Regional Chairman of the New Patriotic Party, Bernard Antwi Boasiako has been granted bail after he was detained overnight by the Police.

Mr. Boasiako popularly referred to as 'Chairman Wontumi' was hailed by party supporters who had camped at the police station after he was detained Tuesday afternoon.

Mr Boasiako reported at the Central Police Station in Kumasi, Tuesday after being declared wanted.

Some supporters of the NPP besieged the Central Police Station to protest his detention hours after he reported.

They considered it a simple assault which should be handled by party executives and not the police.

But Mr Boasiako who is also known as "Chairman Wuntumi was charged with assaulting a public officer and was set to be arraigned before a court Wednesday.