Chairman Wontumi not arrested; he turned himself in – DCOP Kofi Boakye 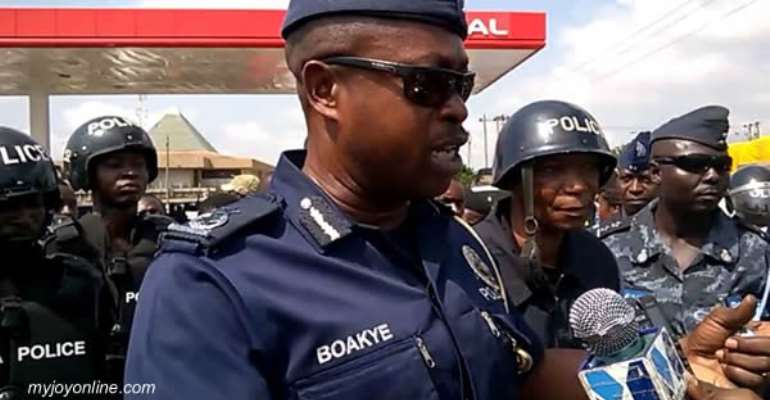 According to him, claims that Chairman Wontumi was arrested and is in police custody are false and malicious.

The police argued they needed him to answer questions relating to an assault he is said to have visited on the Member of Parliament (MP) for the Manhyia North, Felix Ibrahim, and the NPP Manhyia North constituency General Secretary, Collins Amankwa at the Krofrom in Kumasi.

The Public Relations Officer of the Ashanti Regional Police Command, ASP Mohammed Tanko disclosed to Joy News that all attempts to reach the NPP Regional Chairman has proven futile. However, he is reported to have turned himself in.

Speaking to Joy News, DCOP Boakye said Chairman Wontumi approached the Tafo Pankrono Police Station to turn himself in and to help with investigations.

In a related development, the Ashanti Regional Police Command has issued a directive aimed at preventing the skirmishes which have characterized the on-going Electoral Commission (EC)’s Limited Voters Registration exercise.

DCOP Boakye said the directive came about as a result of an analysis the police conducted on causes of the registration dispute in the region.

Delving into the details, the regional commander said: “There should not be massing up of people at the polling station” which he said is a precursor to the incidents.

“No group of motorcycles should go beyond a 100-meter radius of a polling station”, he added.

According to him, if agents of the political parties fail to comply with the directive, the police would be left with no option than to use, “Brutal force to subdue people”.