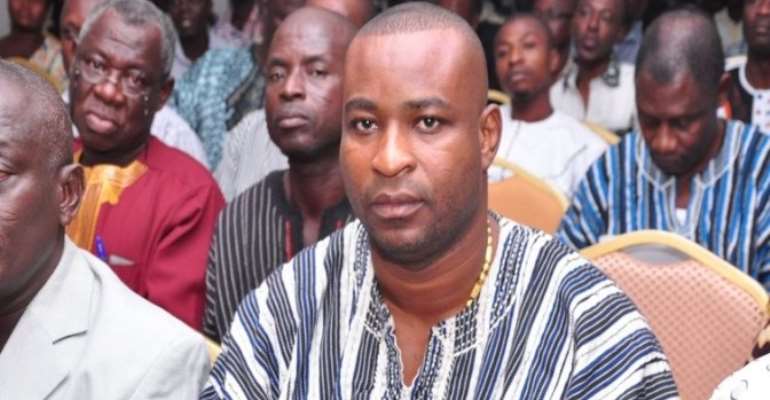 Tension is high at the Kumasi Central Police as hundreds of supporters of the opposition New Patriotic Party (NPP) besieged the station to demand the release of the Regional Chairman, Bernard Antwi Boasiako.

The supporters are chanting and beating war drums as they demand the release of their detained Chairman.

Mr Boasiako allegedly assaulted the NPP Member of Parliament for Manhyia North, Collins Amankwah, and the Constituency Secretary, Felix Ibrahim on Sunday at Krofom in Kumasi.

The two subsequently lodged a complaint with the Police who then invited Mr. Boasiako.

After refusing an invitation by the police, the Regional CID issued an order to have Chairman Wontumi arrested to assist in investigation.

Chairman Wontumi subsequently tendered in himself today at the Central Police around 10am Tuesday but was detained.

His Special Aide, Andy Owusu said they would not leave the police station until Chairman Wontumi is released.