Relationship Between Unemployment And Prostitution In Ghana 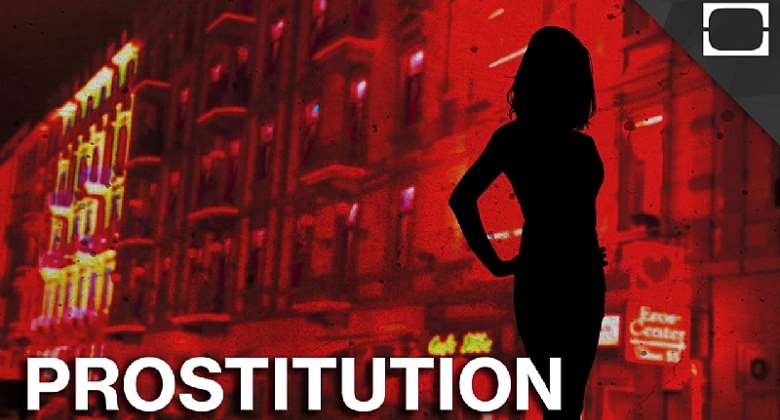 In almost every country today, there are some levels of unemployment although the rate is what varies. In the same way, in every civilization, there has been a record of prostitution taking place which has led to people concluding that prostitution is the oldest profession behind farming. This situation is no different in Ghana and in Ghana almost all major cities have some street where prostitutes ply their trade or a brothel although prostitution is thought to be illegal in Ghana.

Prostitution can be broadly defined as situation where people exchange money to have sexual intercourse with women especially, although increasingly, details are emerging of males engaged in prostitution. Prostitutes in Ghana are popularly referred to as “Ashawo” and they are mostly found standing close to traffic lights in some selected locations in Ghana especially Kwame Nkrumah Circle. Unemployment on the other hand refers to a situation where people who are willing and able to work are not working because of the non-availability of jobs.

The link has often been sought to be drawn between prostitution and unemployment with the belief that those who engage in prostitution are those who are not employed because they cannot find jobs. Hughes (2004), in her work Prostitution: Causes and Solutions, lists poverty and unemployment among other things as some of the causes of prostitution. Also, a study by DoubleGist, (2013), revealed that the problems associated with unemployment on any society among other things included prostitution. In Nigeria, for example, the study revealed that, “investigation carried out in brothels and hostels in some urban areas in Nigeria among prostitutes confessed (revealed) resorting to the fate because of unemployment”.

Ghana has one of the highest rates of unemployment in the world coupled with high levels of poverty. According to the Ghana Statistical Service, although unemployment rate in Ghana between 2012 and 2013 was 5.7 percent, all is not rosy. The Ghana Living Standard Survey 6 with Labor Module conducted by the Ghana Statistical Service revealed that, although only 5.7 percent of the population is unemployed, more than one-third of the working population is underemployed. The figure of 5.7 percent it should be noted represents those who are unemployed because of non availability of jobs. That is, the figure of the total unemployed including children, those schooling, and those too old to work is much higher.

Also, two-thirds, representing 68.7 percent of the working population, are in vulnerable employment, and one-third (33.3%) of the employed persons are underemployed. Of the underemployed people, 50.6 percent are self-employed and more than one-third (35.0%) are contributing family workers. The working population is dominated by people with little (up to BECE) or no education (82.4%), meaning that most of the working population work under poor conditions with no written contract with the employer and low earnings. This means that even those who claim to be employed may need other means of raising additional revenue to support themselves and their families. Current inflation rates in Ghana also hovers around 17 percent which means that with the government's planned increase of public sector wages by 10 percent, it will certainly not be enough to alleviate the plight of those working in the public sector. Also we know that the majority of people who are employed in Ghana find themselves in the informal sector, and hence wage increase in the public sector will not help much.

Thus if one of the negative consequences of unemployment is prostitution, then same can be said for Ghana, that with such high levels of unemployment, people will be tempted to go into prostitution among other vices in order to survive. Sakyi (2013), in his article, 'Prostitution in Ghana – Causes, Effects, Remittances and Solutions' argues that, young girls after completing schools may be lured into choosing the easy way out if they are unable to find unemployment especially those from poor homes and thus resort to prostitution of various kinds including sleeping with 'sugar daddies' or standing in the streets for customers at night. Again, a news report by the Ghana News Agency on 16th July, 2013 revealed that, after a research in thirteen communities in Ghana by International Needs Ghana (INGH), “some needy parents (unemployed) sent their daughters out to solicit for sex or receive money from men in return for sex to help take care of the household”.

The Daily Guide news paper on 2nd July, 2015 reported that, a male prostitute who was arrested in Sowutuom a suburb in Accra confessed that unemployment was what led him to engage in the act. In his words, “I work in a 'chop bar' as an attendant during the day and paid only GH¢7.00 and since the money is not sufficient to take care of myself and my family back in Nigeria, I do this to get small money to support my family”.

Thus from the above, although it is true that some of the people may be engaged in prostitution as a result of human trafficking or from their own choice, the majority of those involved do so because of unemployment and/or poverty and poverty logically is a consequence of unemployment and thus the major cause of prostitution in Ghana. Dealing with the problem will thus mean taking steps to eliminate unemployment or reduce it to the barest minimum. This may not stop prostitution altogether, but it may go a long way to curb it. If people are gainfully employed, they are less likely to fall prey to sex traffickers and their tricks. Also it will be almost unthinkable that an employed person who is paid well will stop working to engage in prostitution.

Finally, steps should be taken to reintegrate prostitutes into the society by identifying them and teaching them a trade like tailoring, hairdressing or basket making which will provide a means of employment for them, so that they do not go back to the streets. Other vocational trades like catering and interior design can be added depending on the interest of the person involved.

The Author Albert Opare is a political science graduate from the University of Ghana and a social commentator as well as a social & political activist. You can contact the author by mail on [email protected] or txt on 0575125101. Comments and Criticisms are welcome

DoubleGist. (2013). Causes and Effects of Unemployment on Society. Retrieved 16th October, 2015. From http://www.doublegist.com/effects-unemployment-society/

We say no to Bagbin's political charlatanism, partisan chica...
45 minutes ago