Koku Anyidoho, Rawlings Was A Dictator And Mahama Is An Error, Not A President!!! 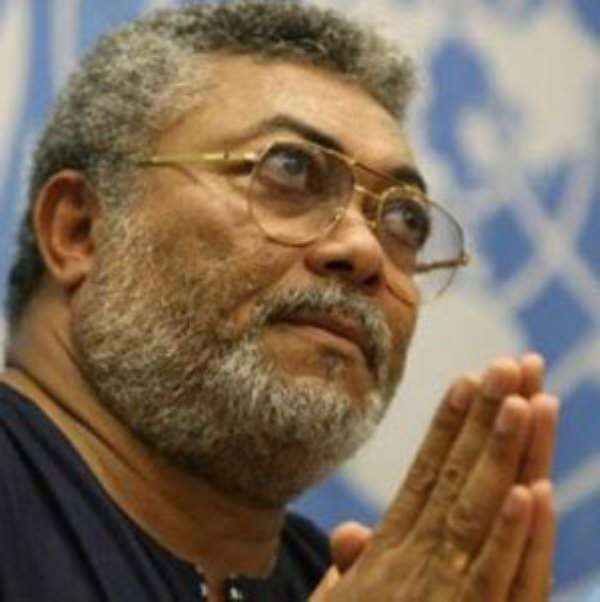 He actually speaks to the political and historical track-record of the National Democratic Congress (NDC), when the Deputy General-Secretary of the NDC laughably accuses the Presidential Candidate of Ghana’s main opposition New Patriotic Party (NPP), Nana Addo Dankwa Akufo-Addo, of seeking to return the country to the dark days of slavery and dictatorship (See “Koku Replies Nana Addo: ‘Ghanaians want a President…. Not a Ruler’” Peacefmonline.com / Ghanaweb.com 2/16/16).

The fact of the matter is that the so-called ruling National Democratic Congress never transitioned from the dictatorial militaristic culture of its antecedent era of the so-called Provisional National Defense Council (PNDC). In point of fact, the term “National Defense Council,” from which the present-day NDC derives its name, was the name of a (logistical) committee in the Ghana Armed Forces, as yours truly pointed out to the reading public not very long ago. It had absolutely nothing, whatsoever, to do with the search for and development of Ghanaian democracy.

And it goes without saying that the history of the salutary revival and development of a democratic political culture in Ghana has far more to do with the yeomanly struggle against the Rawlings dictatorship of the likes of Nana Akufo-Addo, Prof. Adu-Boahen, Messrs. William “Paa Willie” Ofori-Atta, J. H. Mensah, R. R. Amponsah, Akenten Appiah-Menkah and Ms. Hawa Yakubu, among quite a legion of others. It has absolutely nothing to do with the so-called Founding Father of the National Democratic Congress and his henchmen and women.

Indeed, if Mr. Anyidoho and his ilk half-appreciated the basic concept of a democratic political culture, they would not have expelled Mr. George Boateng from the party for daring to challenge President John Dramani Mahama for the 2016 NDC presidential nomination. In other words, even if one accepts Mr. Anyidoho’s patently vacuous premise that Ghana has “by-passed the era of slavery and dictatorship,” such purely hypothetical acceptance would be in spite of the key operatives of the National Democratic Congress rather than because of them.

It is also criminally offensive for somebody whose party and government have been ruling via an Indemnity Clause, illegitimately inserted into Ghana’s 1992 Republican Constitution, to be waxing high-and-mighty about the era of “Democratic Progressivism.” Likewise, even if one unreservedly decides to agree with Mr. Anyidoho that leadership by turn and pride of longevity is untenable and ought not to be countenanced in a democratic dispensation, the fact still stands that most of the most progressive policies being doggedly pursued by the NDC leadership – in the areas of energy discovery, health insurance, education and youth employment development – were initiated and implemented by the Kufuor-led government of the New Patriotic Party, of which Nana Akufo-Addo was a key frontline operative.

Somebody should also remind Mr. Anyidoho that importing two of the most dangerous Arab terrorists from Guantanamo Bay – or Gitmo – without the knowledge and consent of the people’s legitimately elected parliamentary representatives, does not bespeak of the presidency of a country that has long transitioned beyond the primitive era of “slavery and dictatorship.” Indeed, the leadership style of President John Dramani Mahama fearfully recalls that of the megalomaniacal President Kwame Nkrumah. And to be certain, it came as absolutely no surprise when Mr. Mahama pontifically warned Ghanaian voters recently to desist from criticizing his NDC government because they have never themselves been elected president of our Republic!

If he wants his criticisms of the NPP leader to be taken seriously, Mr. Anyidoho had better choose topics and subjects of which he has the expertise and stop blowing hot air.