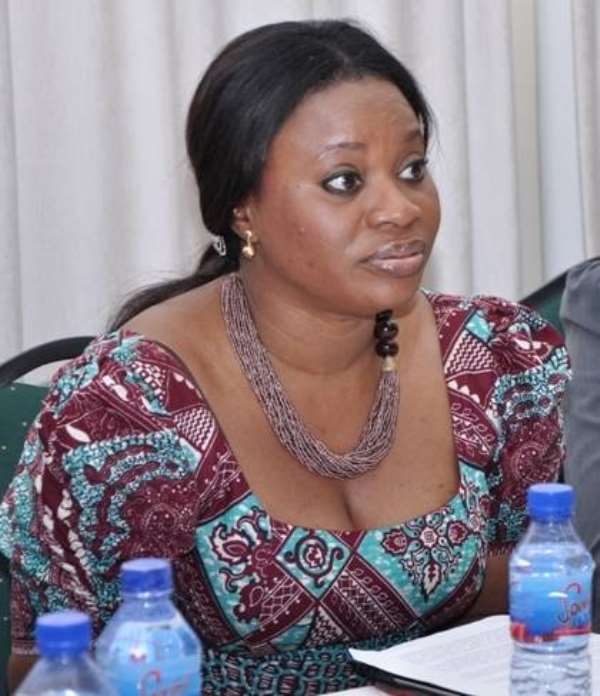 Those of you who have been regularly reading my takes on the controversial voters’ register debate ought to be fully aware of the fact that the decision taken by the Electoral Commissioner not to compile a new voter’s register in the hectic lead-up to Election 2016 did not come as a surprise to me whatsoever.

In fact, the tack taken by the Charlotte Kesson-Smith Osei-chaired Electoral Commission (EC) has been my stance since day one. But, of course, my reasons for supporting the maintenance of the current voters’ register are very different, for the most part, from those adduced by the EC.

For starters, while in principle I agree with Chairman Osei on the fact that ensuring the integrity of our National Voters’ Register (NVR) is the collective responsibility of all Ghanaians, nevertheless, it is the Electoral Commissioner and her staff alone who are statutorily empowered to ensure that the integrity of the NVR is not compromised; and they are the only Ghanaian citizens salaried to perform this function.

It is therefore not very constructive for Mrs. Osei to cavalierly pretend that the proverbial average Ghanaian has the same legal access to the NVR as the EC Chair and her staff all across the country.

To be certain, “disingenuous” is the most apt terminology to describe this seemingly calculated attempt to frustrate those of us in dire search for social justice where the integrity of the NVR is concerned.

Then also, the EC presents a very disingenuous argument on the Abu Ramadan cause célèbre, in which the Wood Supreme Court categorically observed that the use of National Health Insurance Authority-issued hospital cards could not be accepted in lieu of an authentic Citizenship Identification Card (CIC).

Here, the EC operatives would have Ghanaians believe that the Supreme Court ruling ought to be strictly read and/or interpreted as one that exclusively applied to the Ramadan case. But in reality, all over the world, Supreme Court rulings are precedent-setting decisions which invariably serve as templates or exemplars for the determination of similar cases that are subsequently brought before the judiciary.

In other words, if the NHIA card which Mr. Ramadan allegedly used to authenticate his Ghanaian citizenship had no functional validity to be used as such, then it cannot be equally gainsaid that all NHIA-issued cards are devoid of validity where citizenship verification and/or authentication is concerned (See “EC Defends Decision to Keep Names of Alleged Togo Nationals on Voters’ Register” MyJoyOnline.com / Ghanaweb.com 1/4/16).

I also did not half-expect the Togolese Electoral Commissioner to release that country’s voters’ register for purposes of forensic verification of the 76,000 voters on the Ketu-South voters’ register that Team Bawumia claimed had been flagrantly and criminally imported into Ghana’s NVR.

Still, something meaningful can be done here in order to arrive at a definitive conclusion, one of which would be for the Togolese officials who allegedly availed Team Bawumia copies of that country’s voters’ register to come out to publicly confirm or deny that, indeed, Team Bawumia actually procured an authentic copy of that country’s NVR for the express purpose of conducting a forensic audit of Ghana’s widely acknowledged compromised NVR.

I can really see this impasse of international proportions being referred to the Bamako-based ECOWAS Parliament, and possibly ending up before an African Union Court, if there exists any such judicial establishment as of this writing.

The second approach to resolving this impasse, which seriously threatens the stability and peace of the country, is to have an independent team of monitors/inspectors undertake a house-to-house verification of the identity and nationality or national origin of every one of the purported 76,000 citizens from the Ketu-South Constituency of the Volta Region who are alleged to have been illegally packed onto the NVR, but whose Ghanaian citizenship authenticity is being staunchly avowed by Commissioner Charlotte Osei.

The fact of the matter is that EC Chair Charlotte Osei woefully begs the question when she argues that the alleged 76,000 Togolese citizens illegally packed onto Ghana’s voters’ register “were duly registered during the [regular] voters’ registration season” and therefore are not in breach of any electoral laws of the country.

No argument could be so hopelessly lame. Indeed, even as Dr. Kwadwo Afari-Gyan testified before the Ghana Supreme Court, in the matter of the 2012 Presidential Election Petition, there were quite a remarkable percentage of underage Ghanaian citizens who duly registered during the open registration season in order to cast their patently illegal and criminal ballots in the 2012 general election. Does merely being opportunely registered to vote necessarily validate an electoral illegality? Charlotte Osei had better come clean!