Tarzan Is On Point with PURC 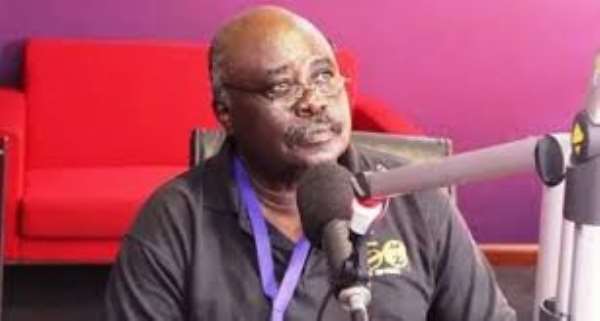 The problem one has living under the government of the so-called National Democratic Congress (NDC), regardless of which individual controls the reins of governance, is the fact that the NDC has its moorings in a military dictatorship that never full and/or effectively transitioned from the capricious and whimsically feudalist culture of indiscriminately churning out edicts as a matter of policy to an enlightened modern democratic organization.

In this, the National Democratic Congress strikingly shares its moorings with the rump-Convention People’s Party (r-CPP). It has been extensively observed that by 1960, the ideological parent of the r-CPP, the Kwame Nkrumah-led Convention People’s Party, or the proto-CPP, had boorishly resorted to the conduct of the people’s business by edict.

This is pretty much the form of ideology that undergirds the decidedly loony decision by the Public Utilities Regulatory Commission (PURC) to raise tariffs on such essential services as water and electricity, a gratuitous measure that has prompted Dr. Charles Wereko-Brobbey (aka Tarzan), the former Chief Executive Officer of the Volta River Authority (VRA), to logically raise Cain (see “Tariff Hike: Wereko-Brobbey to Sue PURC” Classfmonline.com / Ghanaweb.com 11/10/15). In the main, PURC claims that the upward adjustment of utility bills has become necessary because extra income is needed to improve the quality of services offered the general public.

Well, there are two problems related to this kind of argument, the first of which has been promptly and soundly shot down by the pioneering proprietor of the erstwhile Radio-Eye fame.

And the preceding regards the fact that PURC has a standing rule which enables the government’s utilities regulator to raise tariffs only once every three years unless, of course, there exist any emergency provisions permitting PURC to bypass this standing policy. Dr. Wereko-Brobbey’s argument is that the next statutorily scheduled date for any consideration of an upward adjustment of tariffs is not due until October 2016.

In sum, according to Tarzan, it would be tantamount to acting arbitrarily if PURC’s latest decision to raise utility rates is allowed to proceed unchallenged.

Well, what I see happening here could come in the form of the PURC commissioner’s appearing before Parliament to successfully argue in favor of the proposed hike which, of course, ought to be absolutely no problem at all, since the caliber of Parliament that the country presently has could be strikingly likened to the sort of legislative rubber-stamp that prevailed under the Nkrumah-led Convention People’s Party (CPP).

The PURC chair is likely to court and actually win the unstinted sympathy of a government that clearly seems to have yet to learn anything meaningful about fiscal discipline.

At any rate, it is the second problem with which I am most concerned. And it has to do with the fact that PURC does not seem to have any reliable record to prove that, indeed, whenever there has been a hike in utility rates, this has automatically led to a remarkable improvement in the provision and quality of services.

Unfortunately, on this count also, PURC is very likely to get away with murder, literally speaking. For ever since anybody can remember these days, qualitative service is the last item on the agenda of any public utility company in the country.

Still, whatever be the outcome of the unquestionably righteous crusade launched by Dr. Wereko-Brobbey against such wanton exploitation of the average Ghanaian citizen by the rich, powerful and eerily insensitive, quite a salutary precedent would have been set which may yet bode well against any attempt by either the PURC or any other such powerful public regulatory establishment to take the longsuffering Ghanaian taxpayer for a ride.

And it is, of course, the fact that the people are highly unlikely to take such brazen and flagrant socioeconomic abuse lying supine the next time around.