Keep Up Your Good Role-Modelling, Audrey 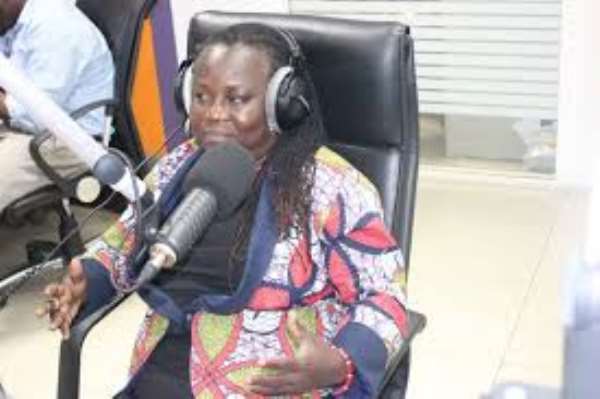 I suspect the Gadzekpos are part of the Tsikata-Keta (Anwiaso) clan. About twenty years ago, I was invited to participate in Ghana’s independence anniversary festivities at the Indianapolis Expo Grounds.

If I recall accurately, the invitation came from one Mr. Ocansey who ran an organization that promoted Ghanaian and African political and cultural values, as a keynote speaker. The theme of my presentation was “What Is Independence?” It was an obvious take on renowned novelist Christiana Ama Ata Aidoo’s short story collection of the same title.

During the course of my presentation, an SOB with the surname of Gadzekpo, I forget his first name – not that it would really matter, anyhow – snatched the mike from me while I was in the middle of my presentation and was vehemently criticizing the Stygian mess that had been created in Ghana by the Rawlings-led faux-civilian government of the so-called National Democratic Congress (NDC).

The very first statement that Mr. Gadzekpo made, having boorishly snatched the mike from me, was to haughtily introduce himself as a cousin to Capt. (Rd.) Kojo Tsikata. I suppose this SOB expected to inspire some amount of fear or anxiety in yours truly. But, ironically, he rather riled me up.

In the course of our brief exchanges, Mr. Gadzekpo made the predictably asinine claim that Ghana was both more peaceful and economically prosperous to live in than the United States.

I promptly retorted by asking him what he was doing here in the United States, if he felt so cocksure of what he was saying. The moderator of the function intervened and returned the mike to me.

I used the incident to immediately drive home my point about the kind of state-sponsored terrorism that had taken grips of the country, and that was the veritable essence of the Rawlings-/Tsikata-led “democratic” dictatorship of the so-called National Democratic Congress.

Well, I have been following her media fare for quite some time now and, in fact, had already been doing so for quite a while, until my good friend Mr. Sydney Casely-Hayford brought up the name of Ms. Audrey Gadzekpo and remarked essentially in the same manner that Prof.

Gadzekpo did herself, recently, when she pointedly noted that “people think that if you are assertive enough to take on politicians, then you should go into politics. But I think that we all have our roles to play.” Now, that is the vintage hallmark of a traditional academic who is self-assured in her professional career choice and does not require an entry into the rough-and-tumble terrain of Ghanaian politics, with its inescapable attendance of rank corruption, in order to make her presence felt.

It was this aspect of her awe-inspiring role-modelling that caught my attention and equally piqued my interest and inspired me to compose this column. Indeed, in our telephone conversation of years ago, shortly before he departed the Washington, D.C., metropolis for Ghana, Mr. Casely-Hayford made positive mention of the fact that Ms.

Gadzekpo was a “no-nonsense” media expert and a hard-driving professional who had made and was still making a remarkable impact on the national media landscape.

Well, we are exactly the same age; and so in quite a significant way, I identify with the Dean of the University of Ghana’s School of Information and Communication. Like her, I also do not fancy myself actively engaged in politics either in Ghana or here in the United States.

The bloody jungle politics of the Rawlings-led Provisional National Defense Council (PNDC) long ago effectively weaned me from entertaining any illusions about either the relevance or significance of political praxis in my life. My feelings and opinions on politics are akin to that of that wise soul who reportedly once noted that while s/he had absolutely no passion or use for the profession of a mortician, or an undertaker, nevertheless, s/he strongly felt that it was a fairly legitimate job that warranted some else’s attention and career choice.

Indeed, if most of the country’s elite class of scholars, intellectuals and professionals admirably and staunchly pursued the line of disciplined professionalism practiced by the likes of Prof. Gadzekpo – and there may be quite a critical mass of other professionals of the same progressive bent in the land – the country would be much better off than it is presently.

And, oh, I also forgot to add that it was the Rawlings posse that completely and effectively weaned me off any entertainment of the idea or thought of ever resettling permanently in Ghana. But, paradoxically, it is also for this very reason that I admire people like Dr. Audrey Gadzekpo.