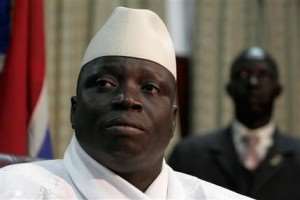 Recent announcement at a political rally that he declares Gambia Islamic state comes as most unreasonable and misleading statement from current occupier of the presidency. There are many reasons why transforming Gambia into an Islamic state is not feasible. Here are some of the issues in view of this alarming pronouncement being referred to as proclamation.

Head of Gambia government is known as President. There is no documentation brought to public notice that a new nomenclature takes effect even for brief transition from parliamentary democracy to Islamic state whatever that means.

Even Gambian Members of Parliament as law makers are not consulted on this matter. They only came to know about it over national radio and television like any public announcement comes up.

Over last 22 years since the current leader dislodged a sitting government on 22 July 1994 by staging a coup Gambians have seen enough that propels more political awareness.

Legal context
Up to the time of this storming announcement by the President there are no changes on the dispensing of justice and legal instruments. General principles of English Law remain largely in practice.

Gambian judiciary is not on a setting to handle drastic changes imposed by transformation from regular due process of law. Nothing is said about crimes committed under Laws of Gambia as secular state.

Under new dispensation in dealing with crime and disputes, conventional laws will no longer prevail. That means judges and lawyers can no longer interpret or determine any case according to law.

In short there is no orderly transition or succession planning from legal dispensation to an Islamic outfit of regulations. Up to this moment, there is not even one piece of legal documentation to establish changes from whatever to whatsoever.

Silence on the part of majority Gambian legal professionals is what most people see as biggest failure while entire fabric of the nation’s justice system is challenged with highly charged threats of anarchy.

Legal experts failing to look into this critical matter can lead to catastrophic state of affairs nobody wants.

Economic inadequacies
Free market enterprise may not be the order of commerce and trade when a nation established on profit oriented income generating business suddenly has to observe rules of Islamic mode of business.

Transforming a nation from communism to capitalism could have been an easier transition especially when that is preferred by the citizenry. In the case of Gambia people have not been consulted for this drastic change from free market economy to rules of Islamic trading.

Current pool of experts and development technocrats may have little or possibly no ideas how to run an Islamic state economy. They will be faced with the most daunting task of balancing the books and putting in place new instruments for managing public finance.

There is no study on the feasibility of changes in fiscal or monetary policy suitable for transformation into an Islamic State economic dispensation.

What most Gambian traders consider as profit in their normal business may now be seen as usury and possibly punishable in the new Islamic economic order.

Has the president in making this public announcement considered what implications it will bear on vast areas of governance and systematic dispensation?

Gambia as peanut reliant nation was promised development into world class superpower nation. The president has been trumpeting about that for more than 22 years. It is clear to everyone that reality of economic conditions and due to lack of resources the president is only making empty promises.

The promised time frame already expired and Gambia is poorer than ever while the president through corruption now stands richer than the nation.

Regular flow of information through social media has contributed to the creation of critical mass awareness. Mobile phones equipped with latest facilities permit faster flow and sharing of vital information to and from all around Gambia.

While the president may be thinking that Gambians readily believe in all his loud pronouncements in transforming the nation from least developed status to world class superpower, the population is far more aware and too sophisticated falling for such.

Gambian society is closely linked and information flow contributes to that level of sophistication at unprecedented pace.

Technical issues
Establishment and running a new economic order with political and legal dispensation does not come about by mere word of mouth.

Administrative and legal infrastructure required for transforming Gambia into Islamic state is not at all in place. The required human capital structure for managing Islamic state of Gambia is nowhere within stock.

For entire generations technocrats and specialised professionals of Gambia mostly trained to perform roles under a capitalist commercial trading economy. The country sustains on administrative system and structures for which an Islamic state operations will be alien and total misfit. Current president already demolished systematic governance by arbitrary rule as evidenced in this situation of declaring Gambia Islamic state without due consultation with lawmakers and stakeholder Gambian tax payer public.

Religious tolerance and social integration
Gambians take pride as one of the most cordially integrating society with high level religious tolerance. Intermarriage between people of diverse social and religious divide is common in Gambia. There is hardly any social grouping in Gambia with exclusive ties.

If there are countries where social integration overpowers religious difference, Gambia will stand out as one of the best examples.

Evidently, all religious faiths have their fair share of celebrations throughout the country. In December each year Christmas is celebrated as major event for a country you expect as majority Muslims.

Similarly, Christians in the country respect all Muslim events. Gifts are shared between people of diverse faiths as though each belongs to the other.

In some homes, family members do not belong to same religion or sect. That is found even in smaller communities where a head of family belongs to one religious faith while others choose something different. Notwithstanding such diversity, religious disputes are unheard of in Gambia.

Gambia does not need to be declared Islamic state

Going by the fact s of social integration and religious tolerance, there is no need declaring Gambia an Islamic state.

Christians and other faiths in Gambia will be feeling alienated with this uncalled for pronouncement especially coming from a sitting president. Calling Gambia an Islamic state is not a priority. There is no damage in socio- religious relations that needs government attention to intervene by declaring full blown Islamic state.

Current president is not doing any good by declaring Gambia Islamic state. Muslims of Gambia do not need to be called Islamic republic. It does not add any value or change the ways that Muslims worship.

This recent pronouncement that some people choose calling a proclamation is nothing but cheap political shot by a president who in 22 years through corruption caused serious damage to economy and finance of the nation which needs urgent good fix. There is nothing broken in the socio-religious order of Gambia. The economy and finance require most urgent attention. Calling Gambia Islamic nation will not improve ways of worship or bring about better livelihood.

Declaring Gambia Islamic state is one loud empty talk by a president who thinks of making news headlines around the world but this time for worst reason. Gambians are not prepared and have no need for the president making empty political statements to play with emotions. What Gambia needs most urgently is restoration of democracy after 22 years arbitrary rule by a leader who was not elected in first place still insisting he will rule for One Billion years as reported by BBC.

With democracy restored in Gambia people are given clear choices and that includes right of religion. For now it is the economy and finance that require urgent attention.

Most people are of the belief that by calling Gambia Islamic state the current president is seeking to deceive Arabs and Muslim world that he promotes their religion.

This is all happening at a time that Western development partners put heavy foot down with conditions for restoring human rights and rule of law.

After realisation that funds may not easily be tapped from Western sources, the president resorted to this cheap political talk of calling Gambia Islamic country.

Based on no logic or sound technical grounds, it is not feasible that Gambia becomes Islamic state so soon. With no needs assessment through stakeholder consultation including Gambian lawmakers and taxpayer public, the president alone is incapable of turning the heavy wheels of history in transformation of Gambia from secular state to Islamic republic.

Like other empty talks, this time also the president got it all wrong and must consider withdrawing of an unnecessary public statement made for no good purpose and intent.

Current President not the right person
Since coming to power by staging a coup on 22 July 1994, current President Yaya Jammeh of Gambia defiantly remains disrespecting laws and regulations.

He promised returning to barracks and to serve as active soldier after 2 years transition from military dictatorship to restoration of civilian government. Before the end of that transition he deceived Gambians by tendering a resignation from the army with plans of contesting elections as civilian. Since then he rigged 4 elections and still wanting 5th term in office even while majority of concerned Gambians want him to step down.

During 22 years military dictatorship he diverts all public finance and vital resources for his personal riches. By that process he is richer than Gambian nation in terms of money and material wealth.

If Arabs or the Muslim World fall for this cheap talk of calling Gambia Islamic nation any money provided on that scheme of fake Islamic state will be diverted like money from Western donors over last 22 years.

Even though his wife has partial Arabic heritage she values Western Lifestyle higher than preserving Islamic culture going by her dress code and general outlook. The same goes for his daughter who now in her teens dresses with short pants and half blouse.

Extending the scope of scrutiny on how the president conducts, there are less Islamic values. For example if stealing is prohibited in Islamic state of Gambia, the first person to lose both hands will be the president who robs the nation to build his personal fortune. Through such illicit money dealings he is able to buy high value properties and operating fat bank accounts at prime locations around the globe. That includes America and Western nations he castigates by slander while choosing to have properties in their countries. He pays prohibitive sums of money to get Western education for his two known children. That is on top of others sponsored by him to pursue Western education worldwide.

On account of his lacking Islamic values and with no knowledge of basic prayer verses it will be out of place keeping such a person as leader of a nation claiming to be Islamic state.

In the unlikely event that Gambia becomes Islamic state as condition for Arabs to pump money, someone with better knowledge of Islam will be most suitable candidate to consider for leadership. This current President is completely disqualified to lead an Islamic nation. Hopefully some smart Arabs already know that the man who wants to declare Gambia as Islamic state to get money from them is actually out to deceive without remorse.

Gambia does not need to be called Islamic nation as a condition for tapping money from Arab and Muslim states.