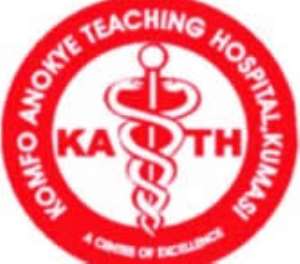 Kumasi, Aug. 30, GNA - Dr. Kofi Agyenim-Boateng, Consultant and Head of the Diabetes Centre at the Komfo Anokye Teaching Hospital (KATH), has expressed grave concern about the action of some alternative medicine practitioners who go on air claiming to have found a cure for the chronic Diabetes disease.

He said this behavior is having dire consequences and implications for the health of most diabetics who often are deceived by the so-called potent cure, and they stop taking their routine medicines, resulting in serious complications and fatalities.

Dr. Agyeim-Boateng, who was speaking to the Ghana News Agency (GNA) in Kumasi, said the resultant worse cases are then referred to hospitals for orthodox treatment when the irreversible harm might already have been done.

The Consultant said Diabetes, a systemic, hereditary disease condition that affects adults and children, hitherto has no known cure and it is only through a well-thought-out medical care and management that can reduce its complications and prolong the lives of sufferers.

Dr. Agyenim-Boateng thus called on all persons with family history of Diabetes to have constant medical checks to ascertain their status adding 'early detection is invaluable to ensure longevity of sufferers'.

He also urged Diabetics to go for their routine check-ups and continue taking their daily doses.

The Diabetic Consultant invited those claiming to have a cure to come out boldly and open their products up for scientific research to prove the efficacy and build the necessary synergies with orthodox medical practitioners to help root out the disease.

Diabetes, which is in two types - one and two, occurs when the body is unable to either produce enough insulin or make good use of the insulin produced to convert all sugar ingestion into glucose (blood sugar), to produce the energy required by the body.

Failure of the body to do this will result in abnormally high levels of sugar in the blood, which without immediate medical intervention will gradually lead to debilitating effects on its sufferers.