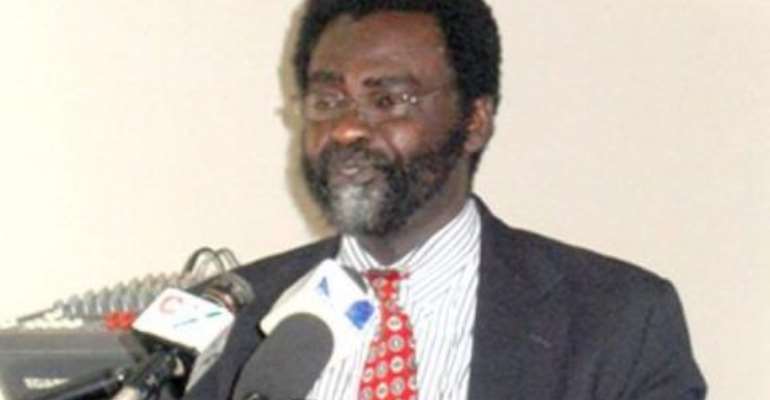 Afari-Gyan is set for retirement this month after heading the Commission for 22 years and supervising five presidential and parliamentary elections.

Various names have popped as the likely replacement for Afari-Gyan including his deputy Amadu Sulley and Dr. Emmanuel Akwetey, Executive Director of the Institute of Democratic Governance (IDEG).

President Mahama is expected to announce a successor any time soon in consultation with the Counsel of State as stipulated by the 1992 Constitution.

Speaking on Morning Starr Tuesday, Dr. Amoako Baah stated that due to the disappointing performance of officials of the electoral commission in the 2012 elections, which he said was fraught with errors, none of his deputies deserves to be given the nod to replace Afari-Gyan.

'I hope a new person comes in and I hope we get a new person and we don't get somebody already with the Commission because every institution has a culture and if Afari-Gyan and his deputies have been there for a long time it is not likely they are going to depart too far away from the way he did things.

'I think somebody from outside should be brought in with new ideas, new foresight, imagination and peculiar ways of solving the electoral problems of Ghana,' Dr. Amoako Baah told host Kafui Dey.

[Hot Video] Shatta Wale vim dies as prisoners hoot at him in...
11 minutes ago