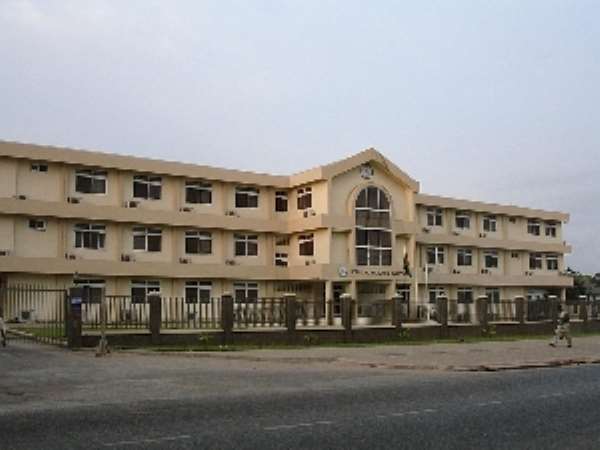 
Accra, June 12, GNA - The Korle-Bu Teaching Hospital has said nine corpse were deposited at its morgue following the June 3 Flood and inferno at the Goil Filling Station at the Kwame Nkrumah Circle, but not 24 as asserted by the National Disaster Management Organisation's (NADMO).

Mr Mustapha Salifu, the Head of the Public Relations Department of the Korle Bu Teaching Hospital, who told the Ghana News Agency, on Thursday, said three were from three were casualties of the fire outbreak, while six were from the flood.

He said of the six there were two each from Anyaa, Adabraka, and Sowutuom.

A downpour in Accra resulted in floods in some parts of Accra, while fuel that leaked from the Goil Filling Station into the flood ignited into an inferno leading to an official death toll of 152.

However, statistics gathered by the Ghana News Agency from the four major hospitals in Accra shows that 148 dead bodies from both the flood and the Goil Filling Station fire disasters had been deposited in their morgues.

The break down is: KBTH nine, 37th Military Hospital 66, Ridge Hospital two, and the Police Hospital 71.

Colonel Michael Akwasi Yeaboah-Agyepong, the acting Commanding Officer of the 37th Military Hospital said the 66 dead bodies from the Goil Filling Station disaster were being identified by their families, while deoxyribonucleic acid (DNA) test confirmation was being conducted by the National Security Agency.

The Acting Commanding Officer said so far, no corpse had been released to any family; explaining that it was proper for family members who had identified their dead to make themselves available for the DNA test to ensure valid confirmation.

However, two of the bodies were burnt beyond recognition, he said.

Colonel Yeboah-Agyepong, therefore, urged Ghanaians to change their attitude and desist from building in water ways so that the occurrence of flood could be mitigated.

At the Ridge Hospital, Mr Charles Banafo, a Senior Health Service Administrator, said two of their staff were lost in the flood and their corpses were in their morgue.Police Corporal Faustina Afia Nunepkeku, a Public Relations Coordinator at Police Hospital, said 71 dead bodies were brought into the hospital as result of the disasters.

Mahama becoming President again is one of the greatest calam...
52 minutes ago