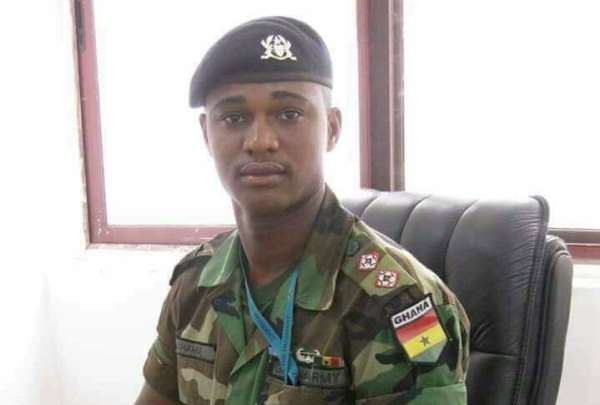 I understand where Dr. Kwesi Aning, the Kofi Annan Center's security specialist, is coming from in relation to the brutal assassination of Mr. Adams Mahama, the Upper-East's Regional Chairman of the main opposition New Patriotic Party (NPP) - (See "Don't Politicize Adams Mahama's Death - Kwesi Aning" Citifmonline.com / Ghanaweb.com 5/21/15). But there is absolutely no doubt about the fact that his death was politically motivated, because Mr. Mahama's death comes just days after Messrs. Paul Afoko, the NPP National Chairman, and the General-Secretary of the party, Mr. Kwabena Agyei Agyepong, were chased out of a meeting that the two top NPP administrators attempted to hold with some select party executives of the Upper-East NPP Regional Headquarters in Bolgatanga.

Mr. Adams Mahama, who was reportedly absent from the meeting, later issued a press statement alleging that Messrs. Afoko and Agyepong had not afforded him the common courtesy of prior notification of their scheduled meeting in his area of jurisdiction. He, however, apologized for the misbehavior of the local NPP youths who had reportedly attempted to assault Messrs. Afoko and Agyepong. But Mr. Mahama would not take responsibility for the hostile treatment allegedly meted the two national headquarters men because, as he categorically stated in his press statement, Messrs. Afoko and Agyepong were administratively divisive and only chose to work with legitimately elected party staff/officials whom they had a personal liking for and were factionally in sympathy with. The deceased Chairman then went on to passionately plead for the forging of a cohesive united front as the party headed towards Election 2016.

What Dr. Aning is clearly attempting to do here is deftly erect a preemptive containment wall in hopes of ensuring that Mr. Mahama's death does not create a catastrophic backlash. Unfortunately, the best way to go about inducing a climate of calmness, even as the police set to work in bringing the alleged criminal suspects to book, is not to deliberately mislead public opinion by pretending as if Mr. Mahama's death was caused by events and circumstances other than the inescapable fact of him being a prominent, outspoken and controversial political figure among the top-echelon operatives of the New Patriotic Party. Rather, what Dr. Aning ought to be doing is to be calling on all citizens who may have any credible leads towards the prompt apprehension and vigorous prosecution of the alleged assassins who brutally and fatally doused Mr. Mahama with liquid acid, to step forward and responsibly aid the investigative work of the police.

We must also point out to Dr. Aning that reducing Mr. Mahama's death to an ordinary act of criminality, however heinous such act may be deemed, effectively devalues the degree of gravity of the crime. The fact of the matter is that the victim died at the hands of his assailants because he held certain political views, as well as a prominent position in Ghana's main oppostion New Patriotic Party. We also learn that following last week's chaotic events at the Upper-East's headquarters of the New Patriotic Party, Messrs. Afoko and Agyepong had filed separate assault complaints with the police. It is not clear whom these politically powerful complainants blamed for their grievances. Knowledge of the latter could also help police investigators as they struggle to piece puzzles related to this tragic event together.

But what is even more significant to note at this point in the case is that we have also learned that Mr. Adams Mahama, shortly before his death, firmly believed that he had been fatally assaulted by representatives of at least one internal ideological opponent among the vanguard ranks of the New Patriotic Party. Mr. Usman Zakaria, an aide to the deceased man, tells us that shortly before Mr. Mahama gave up the ghost, as it were, the acid victim specifically named Mr. Gregory Afoko, the younger brother of the NPP National Chairman Paul Afoko, as one of his two assailants (See "My Brother Did Not Pour Acid on Mahama - Paul Afoko" MyJoyOnline.com / Ghanaweb.com 5/21/15).

We must also promptly add that Chairman Afoko has vehemently denied that his younger brother was involved in any such dastardly attack. The elder Mr. Afoko has reportedly even created an alibi for his brother, Gregory, which has the latter being fast asleep at the time of the commission of the crime. While the alibi, if it actually holds, may be very relevant and event significant to the outcome of investigations, nevertheless, it does not totally exonerate Mr. Gregory Afoko from any possible linkage to the brutal assassination of Mr. Mahama. For starters, we are informed that the younger Mr. Afoko is a criminal convict who served time in prison. Then also, we are further informed that Brother Gregory is the founder/leader of a vigilante group expressly formed to protect Elder Brother Paul, whenever the NPP National Chairman arrived in Bolgatanga township.

What investigators may also need to know regards whether Elder Brother Paul knew of any vigilante security arrangement; and also if he did, what he had either said or done about the existence of the same. Also significant is the fact that the deceased man is reported to have named his second assailant as either a Mr. Asagba or Afakpa, it was not clear at least from one news report at the time of this writing. But that the brutal assassination of Mr. Adams Mahama, a former aide to the late Vice-President Aliu Mahama, clearly appears to have been Cosa Nostra, or an inside job, is what makes this case all the more damnable and very disturbing.

Now those who have been making outrageous public claims about Nana Akufo-Addo's scheming to remove Messrs. Afoko and Agyepong from party headquarters, may also do well to promptly inform the rest of us precisely who engineered the brutal assassination of Mr. Adams Mahama. And for what purpose?