HISTORY, CULTURE AND THE TRADITIONS OF GHANA 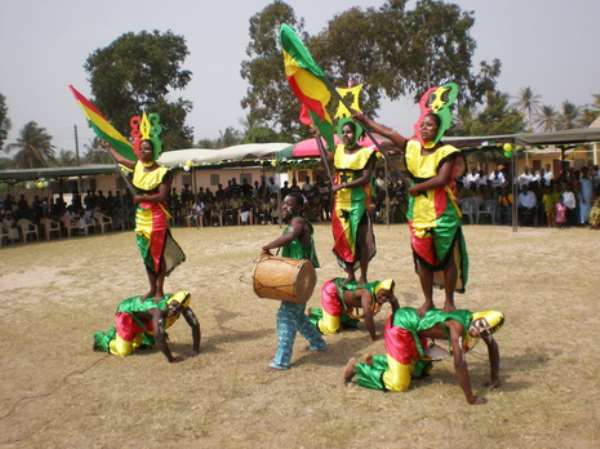 What is the use of employing the historical account of small tribal Kingdoms, that were in place as a result of circumstances of our past, to justify why ancient laws and institutions has to be the determinants of how we live our lives, within the new realities of our modern day centralised Government of Ghana? The meaning, purpose and nature of history, is basically the same all over the world and the history of Ghana cannot be any exception to this.

Before I proceed further, I will be defining history as an account of past activities of a people that resulted into the laws and institutions in place to govern their lives. Since the past developments are what resulted into the institutions and laws of the people, and these institutions and laws are what shape the behaviour of the people, one can then assert that a good understand of history should allow a people to know why they behave the way they are doing today and how, they can improve on this into their future. History allow a people to understand that whatever are their laws and institutions, these socio-Eco-political elements did not turn out off the blues, like Black Voodoo magic but an intentional act of necessity, to address a challenge of a time.

It very unfortunate to have a lot of Ghanaians living with the assumption that Ghana can exist by an illusionary conception, as an exceptional case, to this fundamental principle of history. We then have people employing their misleading version of the history of Ghana, to justify why the Ghanaian must continue to live like the Cave Man, in this Super Jet Age of man.

I read with great amusement Mr. Rockson Adofo article title "KUMAWU AND OTHER STOOLS CAN BREAK AWAY FROM ASHANTEMAN", featured on Ghanaweb, Tue, 27, Jan. 2015. Indeed the issues raised by Rockson Adofo are seriously fundamental to justice in Ghana if "AND IN SOLEMN declaration and affirmation of our commitment to; The Rule of Law" in the preambles of The Constitution of the Republic of Ghana, has to means anything to our justice system. So bearing in mind my duty of knowing the person raising serious but tribal influenced misleading constitutional issues, I decided to search who Rocksom Adofo is. The search led to no where, than the person has been a prolific writer and an ardent attacker of the Ashanti Traditional establishments, as well as other issues on Ghana at large. This even got worse when those claiming to know the one impersonating as Rockson Adofo, said he is actually John Ofusu. If this person claiming to be Rickson Adofo is not real but someone using this fictitious representation to raise concerns of national issues, could this be as a result of fear?

Now putting aside our concerns of who Rockson Adofo truly is, than a faceless coward, are Ghanaians expected to live in Ghana, under a democratic government with a constitution that granted them freedom of expression, in fear of any entity within Ghana? How can our Constitution of the Republic of Ghana stating in the first part of its preamble that "IN EXERCISE of our natural and inalienable right establish a framework of government, which shall secure for ourselves, and prosperity the blessings of liberty, equality of opportunity and prosperity" have her citizens living in fear, enough to hide behind fake names to express their concerns?

What then is tradition? I will be defining tradition as a set of conservative practices relating to the past, shrouded in superstitions and fear, handed down from generations to generations. Traditions therefore turn out mostly to be the present mimicking the past. In most instances, tradition find itself failing to address the needs of the present and serving as obstacle to the future, which then result in constant conflicts. Democracy has been the most successful, peaceful and convenient way, by which great nations have eased themselves out of the entrapment of tradition. The Ghana of today is a good example of a nation caught up in this and struggling to do as other great nations did.

What then is the tradition of Ghana? A good historical account of Ghana expose a picture of entities existing as kingdoms, lead by royals with a large population of subjects and slaves. This historical fact justify the existences of tribal groups, believed to be associated by spiritual blood lineage, of land and human resources ownership. This further affirmed a distinct class society of masters and their slaves.

This tradition of Ghana cannot be argue to be any different from the case in America, of land owners and their slaves, to work the plantations. It cannot also be said to be different from the Apartheid days of land owners and their workers on the land. The basic principles behind this tradition, is to facilitate production in wealth creation, with minimal obstructions.

The difference between the American and South African Plantations with the Ghanaian case is, the colour or racial factor. The identical racial factor of the landlord in the kingdoms within Ghana, who own large portion of land, with large number of people working these lands and paying the landlord rents, the distinction of extortion could not be very clear. People could not see the difference. This is not the same in the other cases where the racial difference is very pronounced.

The Americans and the South Africans existed as a people of different races between the landlords and the rent paying work force. So independence gave them no choice but to discontinue the unsustainable tradition of masters and slaves, for everyone to be truly free. The argument on the evil nature of the barbaric tradition, won the sympathy of all sides. In fact, the victims and their sympathisers were easy to be mobilise to constitutionally fight off the evil practice and all sides saw reason in doing away with the "Mother of All Injustice".

Most people are quick to argue that this injustice in Ghana, is our tradition and therefore our culture. The common racial semblance between the victims and the few beneficiaries, blind us all into accepting that the oppressive practice is in our common interest. We all then rally round a system that collect our money as payments of land rates to "Golden Idols of Stools and Skins", when we all know that stools and skins do not eat. We are just blinded by the deceptions of a few, despite the claim by the majority of Ghanaians in denouncing the traditional religious practices, by identifying themselves as Christians and Moslems.

It is however very important to bear in our minds that the very institution of law and authority headed by Ashantehene, as well as all other institutions of similar nature, are all institutions of the law of Ghana. These are recognised by the constitution of Ghana. If anyone then has any problem with the existence and the manner the Ashanteman as a kingdom, or any other kingdom in Ghana is run, then it is better to know that the problem one is having is with the constitution of Ghana, than the authority or institutions, in question. So it is out of order and not right to engage ourselves in calling and using derogatory language on Ashantehene or Ashanteman or any other tribal kingdom within Ghana, than exercising our right by attacking the constitution that recognised these entities in the first place. Sure, mentioning names of individual, laws, institutions and how their activities are negatively impacting on our fundamental right, without insult and abuses, are our unconditional right, as affirmed by last part of the constitutional preambles, stating "The protection and preservation of Fundamental Human Right and Freedom, Unity and Stability for our Nation".

So like most Ghanaians do, individuals Rockson Adofo can choose to use the wrong account of the history of Ghana to justify his reason for thinking a king or any group, is acceptable or not. They can take Ghanaians back to the era when several tribal kingdoms grew in different parts of the land called Ghana today existed and tell,us only about the Ashanti, like they are the only who ever lived there. They can use their historical account in telling us how the various entities merged into a single one to defend themselves against the ensuing daily threats, with particular reference to the Dankyras or any other. They can even choose to remind us that these entities existed as a union of independent voluntary nation coming together to deal with a problem of the past or not. The only fact before us today is, we have Ghana and those threats are no more.

We have one duty to our great nation. It all starts with the fact that we are bonded by these great nations, as brothers and sisters. We love ourselves for which we decided to have a constitution that try to accommodate the extremes of our past and possibly, see if we can ease up into a more beneficial and dignifying future to all. If some of us are saying, justice to every Ghanaian will continue to be impossible with people existing as sub groups of bio-socio-cultural nature, then the concern must be of our great nation in mind. We have only one country as Ghanaians in this world. We have one home that we believe must be a home for everyone of us, without any one living in fear. We have a home where no groups must biologically exist, than Ghana itself. Yes we have a great nation but it is not good enough. We must find an amicable way out, like great people do, to ease ourselves off this traditional injustice.