Re: Open Letter to the ECOWAS Chairman 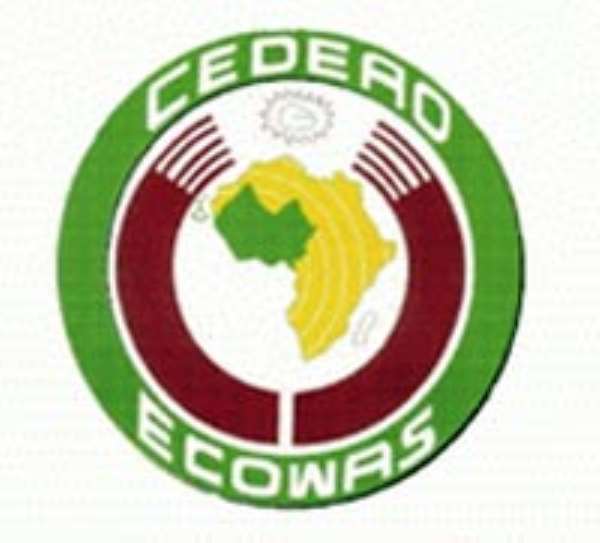 When did ECOWAS secretariat in Abuja become the office of the ECOWAS Chairperson, for H. Kwame Afaglo (Phd) to address his petition as The ECOWAS Chairman, ECOWAS Head office, Abuja, Nigeria? Could Afaglo be intentionally choosing to confuse his fellow West Africans, instead of educating us all?

The ECOWAS Chairperson lives and works from the West African member country whose head of state assumes the role of the chairmanship. The only ECOWAS offices officially located in Abuja are; the Office of The ECOWAS Commission President His Excellency Jean Cassi Brou; the office of The Speaker of the ECOWAS Parliament Honourable Mohammed Tnuis; and the office of the President of the ECOWAS Court of Justice, His Lordship Justice Edward Amoako Asante.

Every one of these officeholders heads a vital department, with a large number of ECOWAS employees working to actualize the mandate of the office. Each of the heads of these departments has his or her power and therefore responsibility.

So in line with the principles of Separation of Powers, the President of the ECOWAS Commission is responsible for the executive role of the West African Union, the Speaker of the parliament lead the regional institution in the law-making role, while the President of the Court of West Africa leads his team in the role of interpreting the regional laws.

The President of the ECOWAS Commission is however answerable to the Authority of Heads of State and Government of ECOWAS. The Chairperson of the Authority of ECOWAS heads of State and Government is one-year rotational term, a member state president play. The ECOWAS chairmanship role is played by both the president of a member state and the state itself. The chairmanship office holder and his nation provide ceremonial leadership role to the ECOWAS.

The best way of illustrating the relationship between the President of the ECOWAS Commission and the Chairperson of the Authority of Heads of State and Government of ECOWAS is like the role of a Prime Minister and a monarchical head of state in a parliamentary system of government, where the Chairperson is the head of state of the Union and the President of the ECOWAS Commission is the Prime Minister of the Union.

The interesting thing about Kwame Afaglo’s petition is addressing his concern to Abuja, in the name of the Chairman of ECOWAS, instead of Commission President’s office in Abuja, His Excellency Cassi Brou. There is however no doubt the petitioner aimed his petition at the President of the Republic of Ghana, His Excellency Ado Dankwah Akufo Ado as the current Chairman of ECOWAS, in Jubilee House, Accra.

The writer is reporting a concern meant for the President of the ECOWAS Commission, to the President of Ghana in an election involving the president of Ghana. This is like the Independent Special Prosecutor Martin Amindu, going through all the trouble to gather evidence proving Ken Ofori Atta’s questionable involvement in the Agyiapa Deal and then submitting his findings to President Akufo Ado to punish Ken, instead of proceeding to prosecute the case in court. So the writer is reporting to President Akufo Ado to ask Sirleaf Johnson to step down in her role as the leader of the Election Observer Mission to Ghana.

The petitioner’s case of conflict of interest is at the appointment of the Former President of Liberia Sirleaf Johnson, as the leader of the ECOWAS Observer Mission to Ghana is inappropriate. The writer is alleging that Ms Johnson share a very strong financial bond with the finance minister of the Republic of Ghana, Ken Ofori Atta enough to render her bias in her role. The writer, therefore, wanted leader of the mission to be replaced as the head of the observer mission by the Chairman of ECOWAS, President Akufo Addo.

Ironically, former President Sirleaf Johnson is not answerable to President Akufo Ado and therefore, he cannot replace her, even if he wants to. It is not in the gift of the Chairman of ECOWAS or any head of ECOWAS member nation to ask any member of the election observer mission to step down from their role. The only one who can give such instruction is President Brou of the ECOWAS Commission. So any leader or citizen of ECOWAS who has such concern will have to direct it to the Commission's president. Sirleaf Johnson is appointed to lead the Observer Mission by His Excellency President Jean Cassi Brou and he is the only one who can recall her from her duty in Ghana.

Apart from the fact that it beat the mind to understand why a Phd holder could make such a mistake to mislead us all, one is also force to ask if others were inform of the petition for their input, as a petition is more of a group act than an individual's. I sincerely doubt His Excellency John Dramani Mahama, who was once an ECOWAS Chairman and a member of the ECOWAS Authority of heads of state for over three years, is aware of this gruesome blunder.

Genuine as the concern may seem, addressing the Petition to the wrong office and person mean, the petition is as good as not written. No office or official in Abuja will act on the Petition which makes it as worthless as unwritten. It is even sad that the Petitioner H. Kwame Afaglo (Phd) describes his petition as an Open Letter to the ECOWAS Chairman and had it publish as Press release for all who care to read.

Intellectuals of West Africa are critical role players in the ECOWAS we are all trying to make work. The contributions of our learned folks come through several mediums like; political activist, the media, Civil Society Organizations and the Academia. The responsibility of making the role of the president of the ECOWAS Commission President neutral, strong and dynamic, fall equally on our West African intellectuals as it does with our politicians. What West Africans are expecting from individuals like Mr. Afaglo is to have them fighting for stronger ECOWAS institutions beyond the control of any of the heads of states, as does our EU counterparts. Mr. Afaglo is supposed to be helping to make the ECOWAS institution stronger by directing the petition to the President of the ECOWAS Commission, than encouraging the Chairman of ECOWAS to play the role meant for the ECOWAS Commission President. We have to make the ECOWAS institutions relevant by reporting matters appropriately to the right department if we want the regional body to play its rightful role in our fragile and challenging democratic efforts.