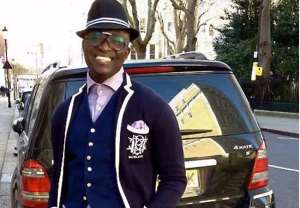 KKD, as he is popularly called, is standing trial for allegedly raping a 19-year-old lady, Ewureffe Orleans Thompson.

Bail bond was set at 20,000 cedis with two sureties to be justified.

But the presiding judge rejected the argument, saying the case was decided at a difficult time in the nation's political history.

He said he will not allow a man's freedom to be unjustifiably curtailed merely on the basis of a 1970 case.