If God Has Forgiven Me, Who Are We? – KKD 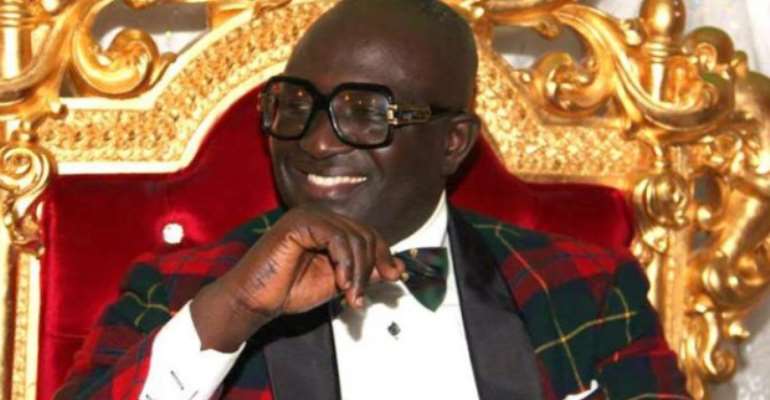 KKD looking dapper in Church last Sunday
The beleaguered venerated broadcaster, Kwasi Kyei Darkwah, was seen in public for the first time in a Church after attaining bail in a very confounding case where he's being accused of raping a 19-year old lady.

At the Christ Foundation Family Church in Sakumono, Accra last Sunday, the ace media impresario, together with family and friends – offered thanksgiving in a service that was presided over by Rev. Dr. Lawrence Tetteh and Cardinal Leslie Tex Buabasah.

KKD smiling in the midst of the congregation in Church

When he was given the opportunity to speak, KKD touched on a myriad of issues, all connected to his arrest and time spent behind bars, as well as the kind of treatment he got from his fans, followers and the public in general.

“I shared my cell with all manner of people who were there for various crimes, including one murderer and as I lay on my mattress, my whole life played before me,” he shared.

He was also full of thanksgiving in his speech: “Everything that happens to us, everything we encounter is the will of God; so, we should give thanks to God.”

He also addressed how his age was heavily publicized and joked about in the media and public domain. “If you are not sure what your age is, get into trouble; people will figure it out for you,” he stated.

KKD opined that his apology statement may have been misconstrued by some people, who are putting a lot of spins on that statement. He stated that his asking God for forgiveness has been assumed to be as an apology to mere mortals.

“If you lay down with anybody apart from your wife, you have fornicated and have sinned. I have said so with a very sad heart. If God has forgiven me, who are we?” he asked.

On the backlash he received on social media, especially on his own facebook page, he stated: “I have had people beg me over the years, just to be friends with me on facebook. They acted as if they worshipped at my feet and those I have really not met before insulted me because of this accusation.”

He expressed gratitude to his family who showed him so much support in his time of tribulation and also mentioned Rev. Dr. Lawrence Tetteh, his long-time pastor in UK and Cardinal Leslie Tex Buabasah, as some of his counselors who visited him in jail.

Flyover construction: 1 month interruption of traffic at Flo...
14 minutes ago