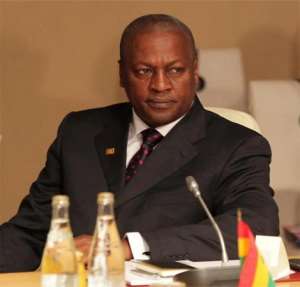 One cannot fault Dr. Nkosazana Dlamini Zuma, former wife of South Africa's President Jacob Zuma and current chairperson of the Commission of the African Union (AU), for being worried about "the unfolding situation in Burkina Faso." However, as the umbrella institution representing the African continent around the globe, the African Union ought to squarely take the blame for the dictatorial political developments that culminated in the flagrantly undemocratic perpetuation of the hamfisted domination of President Blaise Campaore over the Burkinabe or the good and long-suffering people of Burkina Faso (See "AU Worried Over Unrest in Burkina Faso" Citifmonline.com / Ghanaweb.com 10/31/14).

For instance, what has been the official position of the AU, since it supposedly transformed itself from the largely ineffectual talking-shop that was the erstwhile Organization of African Unity (OAU) into the theoretically more cohesive and functionally relevant African Union, on the critical question of the persistence and prevalence of political dictatorships, such as exist in countries like The Gambia, Uganda, Gabon, Congo-Brazzaville, Equatorial Guinea and Togo?

It would well appear to any progressively minded student of postcolonial African politics that if the AU chairperson were really interested in studiously following the evolution of political developments, such as explosively but not altogether accidentally occurred in Ouagadougou last week Thursday, Dr. Zuma would have been closely studying the preceding list of countries, among several more, whose leaders are in gross violation of the human rights of their citizens and their inalienable entitlement to democratic governance.

In other words, the kind of knee-jerk reaction being reportedly expressed by the AU chairperson hardly offers any meaningful approach to opportunely finding any constructive and/or effective solutions to the continent's most pressing and basic political problems. As a matter of fact, the AU under the leadership of South Africa's Dr. Zuma is absolutely no remarkably different from when the organization was under the stewardship of Gabon's Dr. Jean Ping. If anything, it was even more ironic, then, in view of the fact that Gabon is one of the dynastic dictatorships that make the very notion of an organic and functional unification of the African continent decidedly inauspicious.

Needless to say, if the African Union is to become relevant and respectable in the offing, then it has to promptly and radically move away from passively monitoring political developments on the continent and then issuing morally vapid pro-forma statements about the same. The AU ought to be fully equippped with a state-of-the-art military arm and be prepared to undertake the salutary project of thoroughly ridding the continent and its island countries of each and every governance apparatus that stands in flagrant and criminal contravention of the civilized and democratic tenets and principles that make the AU worthy of its institutional designation.

Indeed, the sort of "calm and utmost restraint" demanded by Dr. Zuma, the AU chairperson, would have since long become the rule on the continent, were the key operatives of the AU and their sponsors really interested in the democratic and civlized rule of law and order. Those of us who vividly remember how fiercely Dr. Zuma fought Gabon's Dr. Ping for the stewardship of the African Union can only express our utter chagrin and disappointment that under Dr. Zuma not much that is worth celebrating with hope and pride has occurred at the Addis Ababa headquarters of the organization.

Indeed, the very country that serves as headquarters of the AU, Ethiopia, cannot be proudly held up to the rest of the African continent as an enviable political beacon and the wave of the future destiny of the continent and its people.

As of this writing, I have had enough to say about the politically inexcusable and morally regressive signal issued by Ghana's President John Dramani Mahama to the very inviolably democratic and morally edifying decision of the Burkinabe to determine the course of their own destiny in the offing. And on the latter score, of course, I am referring to the rather despicable press statement issued by the current chairman of the Economic Community of West African States (ECOWAS), to the effect that the inalienable right of the Burkinabe to self-determination runs diametrically counter to the tenets and principles of ECOWAS. The "Beautyful" ones have yet to be born, indeed - my profuse apologies to Prof. Ayi Kwei Armah.