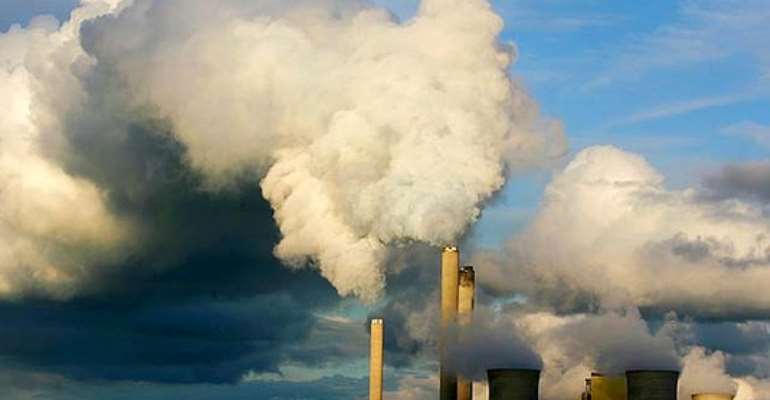 A Friedrich-Ebert-Stiftung Ghana (FES) report on the impact of climate change on Human Rights in the world, and Africa in particular, says it undermines employment and livelihoods, depresses farming, and reduces yields and incomes and fuels food insecurity, thus undermining the enjoyment of the right to food.

According to the report, Human rights impact of climate change is sometimes obvious in the light of reported climate-related disasters such as droughts and floods and heat waves because of the clear human sufferings associated with them.

The 11-page document authored by Kingsley Ofei-Nkansah, General Secretary, and General Agricultural Workers Union Ghana and published by FES Ghana is under the topic 'Promoting Rights in the Fight against Climate Change.'

The right to food provides a good example of how to promote rights in responding to climate change and how using a rights-based approach could be more useful and effective in the fight against climate change, the report noted.

And as such, when the floods leave behind the conditions for more water-borne diseases and increased malaria, as is becoming increasingly evident in different parts of the continent, the right to health suffers some more.

Apart from the direct impact of climate change implicating human rights, the report also noted that the mitigation and adaptation responses also tend to implicate rights of some people and communities, depending on the nature, scope and scale of the measures being pursued at the global, regional, national and sub-national levels.

For example, mitigation measures involving the closure of particular factories in Europe, in response to some carbon-emitting reduction standards, may affect the human rights conditions of working people who may be laid off work, the report said.

Relocating such factories in an African country where regulatory mechanisms and standards may be lower would amount to continuing to build on the global level greenhouse gas emissions, and thus undermine the efforts to fight climate change, even if some in such receiving countries see it as employment creating, the report further noted.