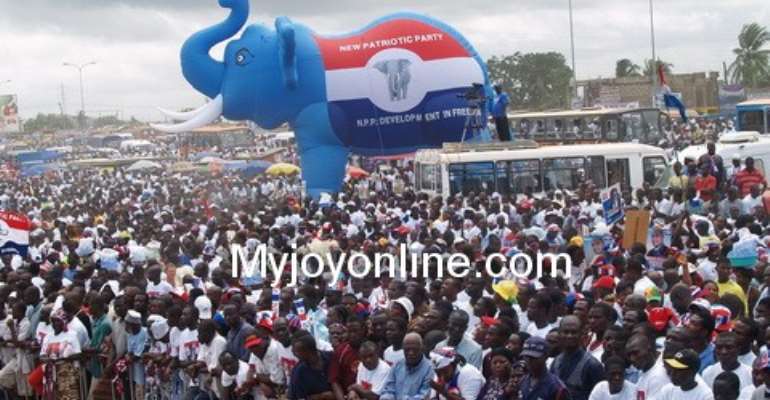 With a greater mandate as  Ashanti Regional Chairman of the  New Patriotic Party  (NPP), Bernard Antwi-Boasiako has sworn he will never rest until the governing National Democratic Congress is overthrown.

The 36-year old businessman elected last January, is promising to replicate in the Ashanti Region, a regime-changing uprising in Tunsia popularly known as Arab Springs.

The Tunisian revolution was sparked off, after a street vendor ,Tarek al-Tayeb Mohamed Bouazizi, set himself on fire citing harrassment and humiliation from municipal authorities. His death triggerred weeks of demonstrations that cleared out a 23-year old regime.

Speaking at a rally in the Ashanti Region, Mr. Antwi-Boasiako popularly called Chairman Wontumi, said people in the Region are disgusted with the  capitation policy of the National Health Insurance Scheme  piloted in the region.

Under capitation, a pre-determined ration of health service will be allocated to each Ghanaian to be used within a certain period. The amount paid to the health service provider is irrespective of whether a person would seek care or not during the designated period.

The policy, government says, is an attempt to cut spiraling cost of healthcare. The opposition, however have nailed the scheme's problem as down to corruption and mismanagment of a once healthy scheme into a a crisis-ridden one facing imminent collapse.

"If [President] Mahama knows what is better for him, he will abandon this capitation [policy]", Chairman Wontumi said.

In opposition to this policy, he told the crowd, "in a month's time, I chairman Wontumi will call on one million to two million people in the Ashanti Region to join a big demonstration for about a month".

He pleaded with chiefs in the region to ignore the President because he has nothing good to offer the region. He alleged the President's  brother, Ibrahim jets off to South Africa every week fueled with tax payers money.

According to the Chairman, the NDC government has failed Ghanaians in view of the hardships imposed by government.

"What the Tunisians did, We are going to do here in Ashanti Region; May Chairman Wontumi never rest until  the NDC is overthrown" he swore.

The crowd cheering him on. Story by Ghana|Myjoyonline.com|Edwin Appiah|[email protected]