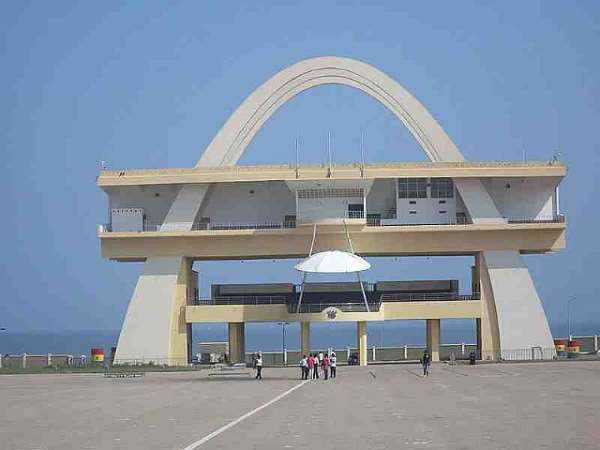 My argument is that society celebrates events that have resulted in or led to a considerable degree of development and progress – events that marked the commencement of a change from an unpleasant situation to a pleasant one. In other words, society celebrates occurrences that have brought about significant successes and not those that have triggered substantial failures. But unfortunately, the exact opposite is what the annual celebration of Ghana's Independence Day seems to be suggesting.

The celebration of Ghana's Independence Day would have perhaps been meaningful and justifiable if Ghana's current economy was bigger and better than, or at least on a par with the various western economies. Marking the event would have been quite reasonable if leaders, after independence, had steered the nation to a level or a destination that was/is superior (in terms of infrastructure, development and progress) to the one to which the colonialists had taken us.

Pathetically however, all the testimonies and other evidences demonstrate that the financial, economic and infrastructural conditions that Ghana has been finding itself in since independence have been far worse than those witnessed and experienced before independence. If that is the case, then what have we been celebrating and are still celebrating on 6th March as a nation? The answer is obvious: Diametric failure; and this undoubtedly makes us a laughing stock, an object of mockery and a pathetic human entity from the perspective of the colonialists.

The interesting paradox is that Ghanaians, just before 1957, focused all their resources and attention on the struggle for independence from colonial rule and for self-rule. But sadly, the performances and activities of the indigenous leaders since 1957 have been so appalling that there has been an even more intensive struggle this time not for freedom from foreign powers but from the very indigenous governments advocated prior to 6th March 1957; a clear case of jumping from the frying pan into the naked fire. Evidently very few people in the mid-1950s saw it coming.

But the almighty question that all mature Ghanaians should be endeavouring to address is: Are we truly independent? It is obvious that even though politically Ghana has achieved considerable freedom from colonial powers, it still suffers massive indirect economic exploitation; undue socio-cultural influence and loss of identity; religious indoctrination; the colonization of Ghanaian philosophical thinking; and ultimately, a switch from self-esteem to what I call inferiority complex syndrome. The annual celebration of Ghana's Independence Day is thus not only meaningless and senseless; it is also a complete waste of human energy, time, money and other valuable resources.

So don't the consciences of these failed leaders pass guilty judgement on them when they send these poor, hugely malnourished and visibly feeble pupils and students to stand in the scorching sun for hours, all in the name of Independence Day celebrations? And how many of the children of these selfish leaders take part in the monstrous and tremendously dehydrating parade and so-called 'march-past'? Do these politicians even realize that subjecting or exposing these young children to that intense heat for hours unend is tantamount to child abuse?

It is about time Ghanaians called for the abolition of the annual Independence Day Celebrations. We know that our obstinate leaders would, as usual, attempt to ignore our sensible petition; but once the parents and guardians of the children who are compelled to throw their tiny and fragile arms back and forth in the sweltering sun start suing them (the authorities) for child abuse and exploitation, they would think twice.

Furnish us with Ejura committee’s report – Families of kille...
20 minutes ago