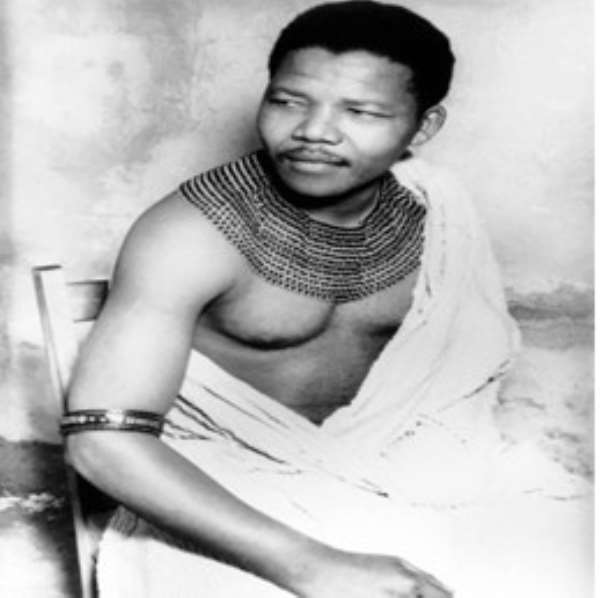 Nelson Mandela, the first President of the Republic of South Africa is eulogized today not because he fought apartheid and brought freedom to his people, but more importantly, because he gave us the greatest lesson coming out of a crushing soul, spirit and body. The brutality he and his people suffered at the hands of white South Africans under Apartheid would have more than qualified the letter of application of Justice!

But what happened? Out of the overshadowed brood of darkness starring in the face of the world for the demonstration of weird power and application of the Letter of Justice when Mandela was the head of government rather birthed the tiny spotlight of the Spirit of Justice rooted in forgiveness, hope, truth and reconciliation.


Former President Mandela stated in his inaugural speech that “Out of the experience of an extraordinary human disaster that lasted too long, must be born a society of which all humanity will be proud. Our daily deeds as ordinary South Africans must produce an actual South African reality that will reinforce humanity's belief in justice, strengthen its confidence in nobility of human soul and sustain all our hopes for a glorious life for all. All this we owe both to ourselves and the peoples of the world”.

The reinforcement of humanity's belief in justice that can bring true Africa renaissance is what Africans must believe in. It is through this nobility of justice that we require of our former Presidents of Africa who are alive to share the truth in their memoirs. The context of globalization propensity and the timing in history of their respective countries' aspirations and challenges is the key knowledge to unlock Africa's defined leadership. Not their demonization, nor their imprisonment, nor their perceived greed and amassing of wealth and retributive justice are required. What Africa needs is the opportunity for future presidents to create a platform for former presidents to use their available resources positively towards re-building their respective nations. Such acts will add the names of these former leaders to history of the new heroes of Africa who faced their past with boldness and dignity.

That is why Ghana is so much favoured to have our two former presidents, J.J. Rawlings and J.A Kuffour, whose collective strengths and weaknesses and paths to ascendency unto leadership in their peculiar dispensations, hold the key to unlock the 21st century leadership in Africa. Therefore, any cry for Justice that will not lead to hope, peace and development for future generations never deserves our dignified attention; they should be understood as egoistic and self-glorification of protagonists and wasting of valuable resources of humanity.

Conclusion
The African continent over the years has proven its robustness and sophistication of surviving complex situations. Fifty years after independence, the children of Africa have been wallowing through the valleys of despair of slave trade, colonialism, as a refuse dump of the world, mercantilism, and the stone mountain of abysmal non traditional leadership.

The new heroes of Africa are more determined to descend through the valley of brood darkness of despair to light the flaring torch of hope for the continent and position Africa as the cornerstone of peace, innovativeness, and social cohesiveness and as the force re-constructing the world.

With this mission, Africa can sing its new Anthem
“Africa our continent of inexpressible words of pride. Oh, you, who have languished in pain and exploited because of your riches. Thus, your moment has come, to rise to your noble heights of riches and glory in splendour of cultures to preserve the world. Rejoice now and never look back onto your past with retribution but with divine love and forgiveness. Arise, oh Africa, Arise in the comity of nations, arise and never set.”