Innovation Is Crucial In Fight Against AIDS 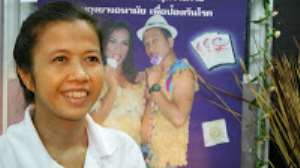 India has the world's third-largest population of people living with HIV (PLHIV) - 2.4 million. However, it has been able to make significant progress in recent years by thinking out of the box. This has led to a decline of 50% in the number of new infections over the past decade. For a country that UNAIDS once feared could eventually house the largest number of persons living with HIV, this is a big feat.

One such innovative programme is the link worker scheme (LWS) designed to bridge the gaps in rural India caused by a lack of awareness of the infection, reduce stigma and discrimination associated with HIV/AIDS and link them to quality healthcare services.

Realising that greater attention was required in the rural areas where many of the 1,20,000 new people diagnosed as HIV-positive in 2011 lived, the National AIDS Control Organisation (NACO) initiated the LWS to reach marginalised groups in districts across 18 states recognised as hot spots of the HIV epidemic.

The link workers, one male, one female, work as a team. Each pair is responsible for a cluster of five vulnerable villages, each with a population of over 5,000 and comprising a high number of high risk groups including PLHIV and sex workers residing and practicing sex work in the village. It was the strategy to choose link workers from the community, many of who are PLHIV, that has helped bring change at the grassroots.

Bihar, which has over 100,000 PLHIV is rapidly emerging as one of the high HIV prevalence state in the country. High rates of migration for work from tribal and poor communities with low levels of literacy and skill has made the state a hot spot of the HIV epidemic. A number of studies have documented that migrants have higher risky sexual behavior than non-migrants thereby spreading HIV from high prevalence areas to low ones.

All these factors coupled with high percentage of early marriage, little or no awareness of HIV/AIDS, unsafe sexual practices, poor healthcare system and gender inequality has made rural Bihar highly vulnerable to the epidemic. The link workers are therefore crucial in the government's bid to prevent the spread of infection as well as creating an enabling environment for people living with HIV/AIDS to seek treatment and live a quality life.

Sitamarhi is one of the five districts where the link worker scheme has been launched in the state. The district, which has the highest HIV prevalence rate (3.7%) in the state, shares its borders with Nepal and five other high risk districts in Bihar. The presence of a red-light area has increased its vulnerability to cross border and inter-state trafficking. Considering that the major mode of HIV transmission in India is through the sexual route, predominantly from unprotected sex with a commercial partner, the need to reach out to sex workers, primarily female, is greater. In fact, one of the reasons for designing the LWS was the conclusive evidence indicating a strong presence of sex work in rural areas and the need to reach out to them.

This is where the women link workers are making a difference. Between the ages of 20 to 29 and from the community where the programme has been launched, they are creating awareness about risks associated with HIV/AIDS. Although it was not easy to discuss sex and sexuality in a conservative mileu prevalent in Bihar, the persistence and commitment of the link workers has paid off.

They have won the trust of female sex workers and are now treated as their confidantes. Rama, a sex worker in village Radhaur, Sitamarhi said that it was because of link worker Sunita Devi that she understood the importance of protecting herself after learning about the infection in detail. “I make sure that the condoms she gives me are used by the clients. I also got myself tested after she convinced me that treatment would enable me to lead a normal life in case I had acquired HIV. Thankfully, I tested negative. At least now I don't have to live in fear. I am happy that I listened to her.”

The link worker team of Sunita Devi and Pankaj Kumar has identified 18 female sex workers in this village and has managed to convince them to get tested. This is not a mean achievement considering the stigma and discrimination against these vulnerable women.

Even in Thailand, which has successfully managed the epidemic, it's not easy for sex workers to get treatment. According to Ms Surang Jaynam, director, Service Workers in Group (SWING), a community based organization working for sex workers in Thailand, stigma prevents timely treatment. She says sex workers face double stigma if they happen to be HIV positive. “This is one of the challenges. Every country still faces the same problem and it's very hard for us to cross that problem, but we can see it is changing,” she said.

This change can also be seen in Samastipur, another vulnerable Bihar district with high migration rates. Here, link worker Sharmilla Bharti has linked up with self help groups (SHGs) to help to raise awareness among women traditionally restricted to their houses. Group support has given women confidence to take decisions to protect themselves.

Locating the Village Information Centre to spread health and HIV/AIDS specific information among the local rural community in the government village crèche, which provides nutrition and health services for children in the 0-6 age group, has also helped to reach out to vulnerable women. Sharmilla Bharti has been able to motivate women workers in this centre to pass on messages of safety to the mothers while giving out food rations or making health cards for the children.

“We know that the men who go out for employment to a different district or state have sexual contact with other women. If they become infected, their wives will also acquire it. So I tell the women whose children are enrolled in the centre to protect themselves. We learnt this all from Sharmilla, the link worker,” said Anju Kumar, crèche worker in Khanpur village, Samastipur.

The strategy chosen by Sharmilla has been successful because this centre is also a source of information about return of migrants. Women share personal information about their husbands and are given condoms by the link worker. Considering almost 20 percent of the youth population in Samastipur migrates in search of jobs to the metropolitan cities like Mumbai and Delhi, this information is vital since this migrating population returns home only once a year during festivals. This is the time they can be persuaded to test themselves for the infection.

Clearly, understanding the different needs of different communities within affected women and girls, whether housewives or sex workers is key to combating infections. According to Moi Lee Liow, executive director, Asia Pacific Council of AIDS Service Organisations (APCASO), a civil society network of community based and nongovernmental organizations that provide HIV/AIDS related programmes and services within the Asia Pacific region, all have very different needs.

“They have different concerns and access to services is an issue because health systems may not be geared towards understanding their needs. There may be stigma and discrimination at the clinic. So people don't want to go and get services and get tested. So that is a concern,” she said.

In India, this concern has been overcome by the cadre of link workers in Bihar who have managed to increase the number of referrals at testing centres by adopting inventive ways of convincing the vulnerable communities to access treatment. Building on innovative ways of combating HIV/AIDS in the region, is one of the important themes of the 11th International Congress on AIDS in Asia and the Pacific (11th ICAAP) to be held from 18 to 22 November 2013 in Bangkok, Thailand. The success of India's link workers has shown that investing in innovation can protect the health and rights of the community. 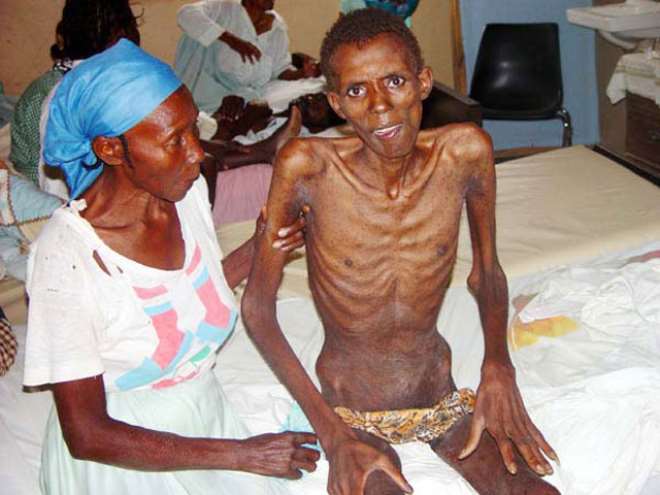