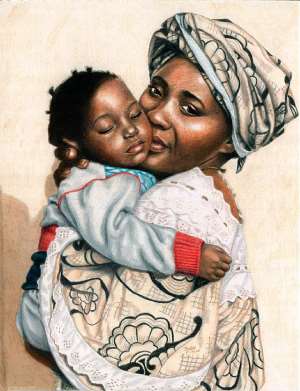 I write as a young man conceived, carried and nurtured for nine months in the safe, secured, warm and heavenly created womb of the woman with its pure waters.

Burdened with a nine month parturiency struggle, and coupled with unforeseeable agonizing moments, the naturally imbued resilience and tenacity of the woman are always brought to bear in overcoming this near-death journey.

The unparalleled sacrifices, commitment and dedications thereafter are invaluable. The woman as a mother literally becomes a guiding tool. She suffers from 'natural hallucination', all in her bid to nurse a responsible individual for our world. But hey, within these stages of motherhood lie the litters of activities that would make man retch, unequivocally!

A sober and solemn reflection on my days as a kid leaves me no option than to uphold the woman in high esteem. I knew no bounds and barriers set to me by the woman. I flouted rules and regulations so I cloud have my own ways as a kid, which apparently was life damaging. But even that, I was still under the unperturbed surveillance of the woman - 24/7.

The prompt response accorded to my mischievous calls as a kid, both day and deep in the night, is worth mentioning. Always dressed to the nines - on Sundays - and taken to church whether willingly or under duress, it thought me the good ways to life. However, staggering among all of these is that, even as an adult, my beam ends were never neglected by the woman.

This genuine and pristine affection from the her has held sway the life I'm living. And though I never lived as she wanted - somewhere along the lines - I have always been mindful of what she thought me, thus making thy life a plain sailing.

Coupled with cherished body or wobbly bits, the heart of the woman accommodates an immeasurable amount of love, kindness, passion, compassion among many others, and the likes of Mother Theresa of Calcutta is an apt representation of these gold-emboldened qualities.

Therefore, craving for solace and tenderness in the bosom of the woman - whether conventional or without the benefit of a clergy - has become a 'do-before-die' in the life of a man, expect for 'those' at the other side of this romantic divide. I have always underestimated and downplayed the phrase 'strength of a woman', until push came to shove! Then that I impeccably construed the underlining wisdom within such a phrase. It's simply fascinating!

As a libertarian conservative, I cannot but lay credence to the phenomenal roles played by women in liberation and political struggles (liberty; one of the fundamental natural right of every right-thinking individual within the nukes and crannies of our world). These political struggles for liberty across all facet of life have either been bloody or upheaving. Yet, with unassailable courage, the woman defied all odds and stood firm on her grounds with an unwavering premonition of achieving victory.

In the end, many were the people liberated through the indelible display from the likes of Asante's Yaa Asantewaa, America's Rosa Park, Great Britain's Emily Davison, Asian's Nassam Savananamuttu among others. Some of these women rose from the dangling depth of the dungeon to the pinnacles of glory through their stirring achievements which will continue to linger on the minds of persons alive and yet to come. But greatness is even those yet to be unraveled!

In His own wisdom, He created woman after man, a decision and action that can never be completely understood in life. And also come to think of it, why 'mother' earth and not 'father' earth, knowing succinctly the virtual impossibility of our existence without 'mother' earth? Our forebearers were indeed wise and knowledgeable!

Then again, while many are the songs written for the woman and sang by men in all genre of music, the least said about Kwashie Aggrey's "educated man equals individual; educated woman equals nation"[paraphrased] - the better.

I'm unable to say all considering the enormous imperativeness womanhood and its sacredness. She is just invaluable!

Truly, my appreciation to the woman cannot be captured by words. But there is one conviction that I hold dear in my heart, that; 'my mother never learnt than I did, but I strongly believe her talent gave birth to who I am!'

These are just some reflections of an ordinary young man conceived, carried, born and nurtured by the woman! 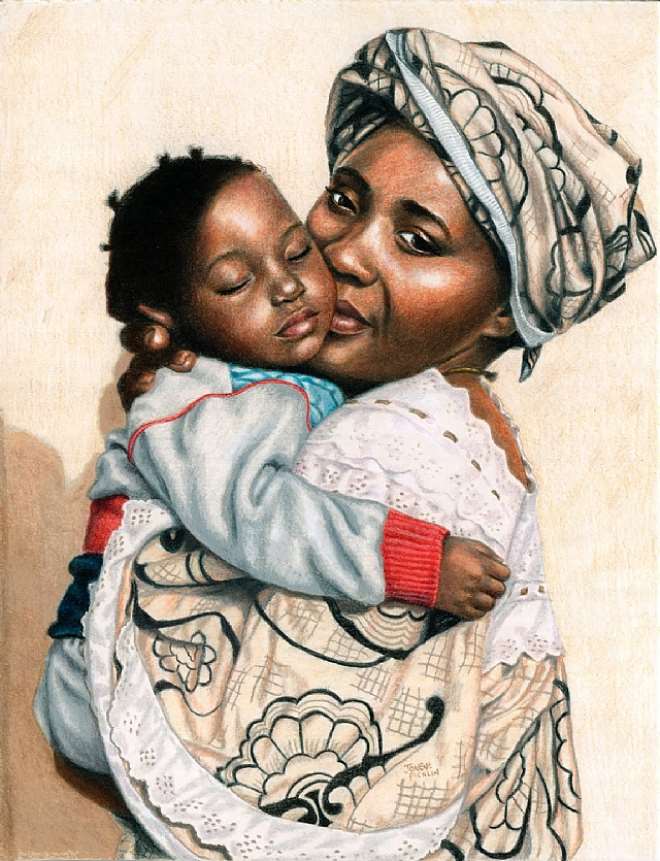 An African Woman With A Child