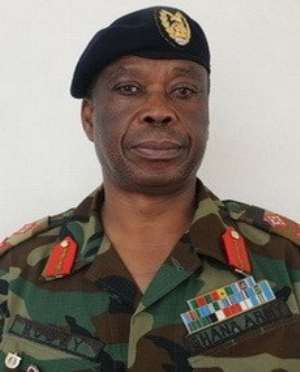 We better pay the price - now - to ensure the peace and stability of our nation than to regret later!

We read with distain the threat by the new boss of GBC, Major Rtd Don Chebe, to halt the live telecast of the ongoing Supreme Court proceedings of the electoral petition filed by Nana Akufo-Addo, Dr. Mahamudu Bawumia, and Jake Obetsebi Lamptey.

His excuse, being financial incapacity on behalf of the corporation, is not only diversionary tactical, but a calculated attempt to hide the naked truth emanating from the proceedings of the court.

This unfortunate attempt by the newly appointed boss of GBC is tantamount to trading the peace and stability of our nation to satisfy the parochial interest of his boss, John Mahama.

This is purely for political expediency!
But they must be told that, the ongoing Supreme Court case, just like a double edged sword, has the tendency to make or break the nation, if not handled with care. It is therefore imperative to exploit all possible means to manage the overly polarized political situation to the end.

The prevailing peace and stability of our nation should not be taken for granted. We need not to pass through the deadly trenches of Kenya, Cote d'Ivoire etc. before we do the right thing in a situation like this. It is also provocative - to say the least - that, after the highfalutin borrowings and spending, without any commensurate developmental achievements, this Mahama-led government will turn around and complain about the footing of the very court proceedings which has gained international reputation, and has formed part of the daily thinking and discourse of the Ghanaian households.

Woyome was paid GH¢51 million by this same government for no work done. In recent times, GH₵32 million has been doled out to Asongtaba Group of Companies, purportedly, to undertake reforestation and guinea fowl projects. Yet, there is no visible project to justify the receipt and spending of these monies. In the recent MASLOC fraudulent scandal, the CEO, Bertha Sorgah, doled out GH¢500,000 of the taxpayers' monies into her husband's bank account in blatant disregard of the laid down rules and regulations. In another instance, this Mahama-led NDC government spent in excess of GH¢600 million during the 2012 fiscal year.

It is instructive to also point out that, we are very much aware of the daring revelations of the mind-blowing scandal within the GYEEDA outfit which is under investigation. In the name of Public Private Partnership (PPP), government officials and private businessmen have allegedly siphoned - yearly - over GH₵200 million of the taxpayers' monies meant for GYEEDA activities. These are among the few financial scandals that have rocked this current NDC government led by John Mahama. All these monies ranging in millions of dollars that went to Ghana's Bernard Madoff (Mahama) and his officials, and their cronies, were the hard-earned monies of the tax payers.

In the face of these scandalous spending, it will be utterly abhorring - in the best charitable of words - for Don Chebe and the Mahama government to tell Ghanaians that the government cannot afford the continuous telecast of the case. The sensibilities of Ghanaians cannot be toyed with. They need to have a feel of their taxes paid. This, John Mahama and his appointee must know.

Come to think of it, does GTV look like a television network that expends GH₵100,000 in its daily production? Besides, only 5 hours (10am-12pm) and (1pm-4pm) is spared on the Supreme Court proceedings, daily. So what happens to the rest of the screening hours; can't they make money out of that? More also, it is important to note that, the corporation's budget is fully serviced by the tax payers' monies.

So what is Don Chebe talking about? He should give us a break! Ah, how much at all do those giant television networks in giant countries like the USA spend in its daily production, not to talk of GTV?

Ghanaians are keenly relying on the Supreme Court to prove whether the petitioners have a case - or not. They are poised to knowing the truth. And this has clearly been expressed in their excitement in watching the proceedings live.

The peace and stability of our nation is sacrosanct.

And it is in this regard that, Nana Akufo-Addo and his lieutenants did the very right thing by seeking redress at the Supreme Court, thus safeguarding the priceless peace and stability of the nation. Now, it behooves on Don Chebe and his boss, John Mahama, to do their part to ensure that the masses continue to have a firsthand account of the Supreme Court proceedings. This will not only ensure an overwhelming understanding and acceptance of the final verdict, but will also forestall the possibility of the masses being held sway by the twist and spin of events by parties who may not be comfortable with the outcome.

We don't mean to call the devils' advocate, but failure of John Mahama and his protégée, Don Chebe, to appreciate the reality on the ground and adhere to these advice, and sustain the live telecast of the Supreme Court proceedings, any pandemonium - or whatsoever - that may crop up as a result of misunderstanding due to unavailability of firsthand information of events from the court would be laid squarely at their doorsteps.