Dealing with categories of anger: 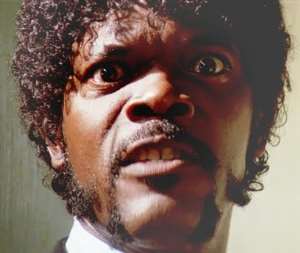 1. An Angry Person who has a Drinking/Drugging Problem

Anger that comes out when a partner is drinking or high on drugs can be extremely destructive. DO NOT TRY TO TALK, REASON OR AGRUE WITH SOMEONE WHO IS DRUNK. Inebriated people cannot hear information correctly through the haze of alcohol. They often lose their inhibitions when under the influence of alcohol and lose patience with their partner easily. Leave and talk to him only when he is sober. Make this a steadfast rule for yourself: You will not stay and be abused by someone who is out of control with alcohol or drugs.

If you do not have support at home from your partner, get it from friends and self help groups. Learn from the experts-those people who have angry partners with addictions. People in the twelve step programs have been on the front line of your problem. These self-help groups offer your free education about the types of problems that you are facing. Warning! Not all self-help groups are created equal. I recommend checking out several groups and seeing how positive and supportive they are. Choose the one where you feel the most supported.

Some partners have gotten good results by videotaping drunken partners to show them how out of control their behavior gets. People often do not remember what they did when they were drunk. Seeing videotaped evidence of the stupidity of their actions can embarrass the person into seeking help. Of course, you should not try this if your partner might attack you.

2. Anger in a relationship
Call The Person on His or Her Stuff
Relationships have their own subtitle set of checks and balances built in to keep people from going too far out of control. In some relationships, however, one person is allowed to do what he wants, and others are taught to comply with his demands through hot anger or cold hostility.

Some caring partners accept the negative behaviors of others and do not give them sufficient reason for making changes. If you have felt helpless in your childhood with an angry parent, you may think that anger in the relationship is the way life is supposed to be. Living with constant anger may be familiar to you, but it is not the norm. Constant expression of anger over little things is not the way life is supposed to be.

Put "checks and balances" in the areas where your partner's behavior gets out of control. This may work if your partner has some voice of reason within and a willingness for justice. A person whose behavior is continually disturbing to others can be told about it during a time when he is calmer. He needs feedback as to how he hurts others so he can evaluate the consequences of his actions. Calling a person on the consequences of their behavior helps maintain the moral order of the relationship. Loving firmness is the best way to talk to a person about his unacceptable behavior. Remind him that fair is fair, and you expect him to be reasonable with his anger.

NOTICE: Calling someone who is physically abusive on his misbehavior will probably cause him to become physically violent. Only you can decide whether the following information will be of help to your relationship. The following ideas may work for people who live with a reasonably sane, somewhat angry, partner, but do not try them with an out-of control abuser. Have a calm voice and be centered when you suggest the following ideas.

What is good for the goose is good for the gander and all the little ducklings. One way to maintain fairness is to insist on having a correction technique for all members of the household. Correction is a behavioral technique where the person who messes up the environment is required to clean it up as an offer of restitution. The correction procedure holds people responsible for their misbehavior by requiring them to undo, as much as possible, the damage they have done. Correction of what has been disturbed in the environment gives practical penalties for disturbing the home and the people who have been affected.

You have probably used the correction technique with young children. With correction, the person who throws things must pick them up and return them to their proper place. If he breaks things, he must pay for them and replace them. If he yells and screams, he must apologize to those he has disturbed.

Just like two year olds, grown up temper tantrums last longer when the person has an audience. You need not stay in the same room with a raging person. Warn him that you will leave when he is yelling and go take care of yourself. Then take the children and leave quietly, saying that you are giving him some space to cool off and you hope that the next time he will take his own time out. Go to another room or get in the car and leave for a while. If he is fearful of left alone and gets angry, level with him to show that his actions will create his being left. You are not abandoning him but you are removing yourself form his anger.

Challenge the destructively angry person when he states that he can change all by himself when he has not been able to do so for a number of years. Keep your voice calm while you level with him.

• "Your angry behavior is no longer acceptable. I will not tolerate it any longer. You are in denial about your ability to stop getting mad and hurting others. You've tried to control it for many years and haven't met with success. Your way of trying to deal with it has not worked. You do not have the right tools to stop your outbursts. You need some new skills to deal with your anger. You need a professionally trained person to help you. This means going to an anger management class or addressing the issue in counseling. Which plan is preferable to you? Classes or counseling? "

Keep coming back to his making better choices for his life. Have the phone numbers of resources available.

• " You have a choice to deal with this or not. You can choose to walk away and calm yourself down or continue yelling which traumatizes your family. We expect you to make the best choice for your family. We can become a closer, loving family again if you take this step."

Bring the issue up several times when he is calmer. Look him in the eye and tell him that his behavior was unacceptable. You and the children deserve better. Remind him that he is being unfair and his refusal to learn and grow affects both you and him. Tell him that you are changing the contract or the deal that you made when the two of you came together. He has changed the contract through repeated anger, and now you must change it for the mental health of all involved. He may not like your standing up for fairness and healthy interaction, but on a deep level, he knows that you are right.

I dedicate this to all suffering women who finds themselves in situations like this. Act now and save your life.