Marijuana: Facts And Effects About Cannabis 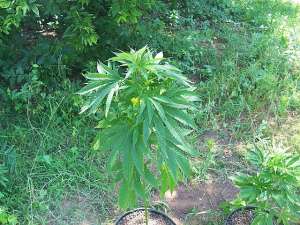 Marijuana is a combination of shredded leaves, stems and flower buds of the Cannabis sativa plant. Also called "pot," "weed," "grass," "ganja," and other slang terms, marijuana is the most commonly used illegal drug, according to the National Institute on Drug Abuse in the United States.

In a 2010 survey,17.4 million people in the United States said they had used marijuana in the past month and my observation in Lagos Nigeria indicates that among a sample of 10 youth in a group, 9 smooks marijuana. Using marijuana comes with several health risks, as well as potential legal consequences.

In the United States, marijuana is classified as a Schedule I controlled substance, which means that the government has found that 1) the drug has a high potential for abuse, 2) the drug has no currently accepted medical use in treatment, and 3) there is a lack of accepted safety for use of the drug under medical supervision. By federal law, it is illegal to cultivate, sell or distribute marijuana. Different states have different laws and penalties for simple possession.

Effects of marijuana
Marijuana is usually smoked, but it can also be eaten, mixed with food or brewed as a tea. Marijuana can induce euphoria and hallucinations, relieve pain and ease nausea. It can reduce anxiety, but it can also create anxiety. Marijuana increases a person's heart rate shortly after use, which is a risk for certain heart conditions. The drug can interfere with memory and learning for days, or even weeks, after the initial high. The effects of marijuana on an individual may depend on the strength of the marijuana and how they used the drug.

The Cannabis plant contains more than 400 chemicals, including tetrahydrocannabinol, better known as THC, which has psychoactive or mind-altering properties. The flowering parts of Cannabis also produce a resin, called hashish, which has the highest concentration of psychoactive compounds.

Marijuana as medicine
Some of the earliest discoveries of marijuana's properties date back to 2700 B.C. in China, where it was described in pharmacopoeias. The ancient Greeks and Egyptians used it for ailments, and word of the herb spread across Europe. In 1484, Pope Innocent VIII banned hashish. In the 20th century, the Rastafari religious movement incorporated smoking marijuana into the faith as a means of spiritual discovery.

Marijuana's dangers and benefits are currently under intense political debate. Since the 1990s, more than 12 states legalized marijuana possession for medical purposes. Typically, people in these states must get a doctor's prescription, carry medical marijuana identification cards or permits and participate in a state registry to use marijuana. But marijuana remains illegal under federal law. Federal regulatory authorities have maintained marijuana's status as a Schedule I controlled substance, which means the drug has a high potential for abuse, no currently accepted medical use in the United States and most parts of the world 'a lack of accepted safety for use,' according to the U.S. Drug Enforcement Administration.

Industrial uses
The Cannabis plant is quite hearty. It can grow up to 18 feet tall and is known to pop up along roadsides and driveways from stray seeds. Marijuana stems are thin and have thin, jagged leaves that branch into five to seven fingers. Cannabis flowers are small, greenish and grow in clusters.

Cannabis grown for industry is called industrial marijuana, or hemp. Hemp typically has very low concentrations of THC. Hemp has many uses. The seeds can be crushed for oil, food and beauty products. Hemp fibers can be used for paper, sturdy fabrics and rope. People have grown hemp for millennia.

Current U.S. federal law prohibits hemp farming with few exceptions.Hemp products, however, are legal and are imported from Canada, Russia, China and other nations that allow industrial marijuana farming.

Hemp hasn't always been on the wrong side of the authorities. The Puritans brought hemp with them to New England in 1645 and Europeans were growing it even earlier in Chile. George Washington planted hemp as one of several crops at his Mount Vernon estate. However, hemp's popularity waned in America as other plants used for textiles such as cotton and jute became more widely available. The U.S. Navy briefly campaigned for more hemp farming during World War II to supply ropes for ships. But the federal government continued restrictions on hemp after the war.

Social Effects
Because of the THC content which have effect on the minds of the smookers, many potential youth are now walking on the streets as lunatics. Governments have to allocate yearlly badgets for the rehabilitaion of this people. Moneys which could have been used for other social benefits ends being wasted on those people. As a social writer and a columnist, I will entreat my fellow youth to see marijuana as an enemy of their progress, why am I saying so? Picture this scinario, can you imagine a smooker makes $10 a day and spends $9 on marijuana and $1 on drink? In the end what has he or she achieved? He or she has rather added health risk to his life. These people when in the end they do not get the money for their egos, they then turn to the innocent in the society robbing them of their sweat.