To Hell with the so-called Government-backed pilgrimage 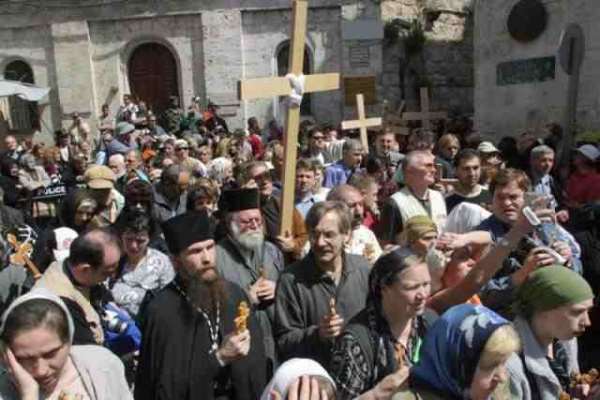 Following the publication of my article: “Are Blacks Intellectually Inferior to Whites?” in which I vehemently challenge some western peoples' assertion that the White race is intellectually superior to Blacks, a number of insulting and abusive emails were received from some pathetic and narrow-minded White folks all over the Western world.

Some referred to me as a miserable “apologist making excuses for the vastly and obviously inferior black race”. Others called me a stubborn and arrogant black academic who tries to defend the indefensible; a dreamer; a liar; etc. Despite the numerous tirades that flooded my email box, my position on the subject has remained unshakable and unaltered.

However, the undertakings and policies of most African leaders and people in positions of authority, many a time, seem to betray my strong defence of the intellectual prowess(ness) of the Black race, and make me an object of ridicule.

Ghana is today facing some of the mightiest crises in the nation's history: persistent power outages, massive water shortage, alarming unemployment upsurge, rampant preventable fatal road accidents, shortage of medicine and other health concerns, etc. These are problems that even a four-year-old child wouldn't struggle to identify in the country.

But disappointingly, instead of working hard to find lasting solutions to these unbearable situations, our clueless leaders rather seem to be focusing on how to help a group of selfish and bogus pastors to embark on a journey to some Holy Land; another spurious means to decorate their pockets with the tax payers' hard-earned money. And why won't the West ridicule us and call us names such as intellectually inferior humans, if our leaders behave this way.

When the Daily Guide newspaper first reported that the government was planning to sponsor some 200 pastors to embark on a pilgrimage to Jerusalem in Israel (at a cost of 2million dollars), I thought it was one of the paper's empty rumours, and so I paid almost no attention to it.

It was only after spotting and reading the article titled, “Gov't clarifies cost of Pastors trip to Jerusalem” on Ghanaweb yesterday that I came to the full realization that there is, after all, a considerable amount of credibility in the Daily Guide's story.

In his attempt to defend and exonerate the government, the supposed coordinator of the pilgrimage, Mr Elvis Afriyie Ankrah, quite interestingly, ended up rather exposing the government. He is bold and comfortable enough to pronounce that “the total cost of the sponsorship package for the pilgrims which includes airfare, hotels and feeding is approximately $600,000 and not $2 million as sensationally claimed by the … reports.”

So does Mr Ankrah honestly think that spending $600,000 on pastors' pilgrimage is not a big deal? Can't $600,000 commence a solar energy project in some parts of the country, or improve the deteriorating health and education systems in some rural communities?

In any case, since when has the arrangement and funding of individual or group pilgrimages been the responsibility of government, or required government backing/coordination? And when did God declare Jerusalem or Israel the only place from where peoples' prayers could reach Him? And even if pilgrimages to Jerusalem and Mecca are the only means of 'fully' encountering the Supreme Being, is it a priority at the moment?

Didn't Jesus tell a woman that the worship of God, would be celebrated everywhere, and with as much acceptance in one place as in another, and will not be confined to Jerusalem?: “Woman”, Jesus replied, “believe me, a time is coming (and has indeed come) when you will worship the Father neither on this mountain nor in Jerusalem …. A time is coming and has now come when the true worshipers will worship the Father in the Spirit and in truth …” (John 4:21-23).

Is it not God Himself who revealed through His son Jesus Christ that where two or three gather in His name, He is there in their midst irrespective of where the gathering takes place (Matt 18:20)? Didn't Jesus also say: “when you pray, go into your room, close the door and pray to your Father, who is unseen; then your Father, who sees what is done in secret, will reward you”? (Matt 6:6).

No one is compelling the president to please Christians at all cost; but if he is bent on letting Christians know how much he cares about us, he should find some other way(s) to do so, not by sponsoring pastors and imams' pilgrimages at the expense of the general populace. Who doesn't know, that more than 70% of the 200 so-called pilgrims have their own agenda and may not be returning home?

No Ghanaian is asking any Christian or Muslim to go to any Holy Land to pray for them. So parliament is entreated to pass a new law that bars government sponsorship of such trips. Any group or individual that decides to go on a pilgrimage should be prepared to arrange and fund their own trips. Our money should be used for serious projects and not for religious comedy. Our politicians should wake up!!!


Emmanuel Sarpong Owusu-Ansah (Black Power) is an Investigative Journalist, a researcher and the author of Fourth Phase of Enslavement (2011) and In My End is My Beginning (2012). He may be contacted via email ([email protected]).