Smoking Is A Big Health Risk For Women 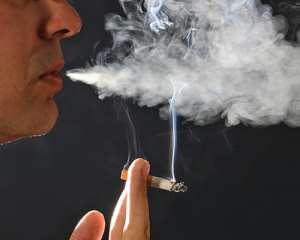 (CNS): It is said that women who are addicted to cigarettes and other tobacco products are at increased health risks by reason of their biology. Since women biologically conceive and produce children, a coating of tar on their lungs, poisoning due to carbon monoxide or arsenic, or the chemicals that go into the making of a cigarette or a bidi, are more dangerous for them than for men. Pregnant women, who smoke, pass the carbon monoxide in their own blood directly into their unborn babies. Mothers who breastfeed their babies directly pass the nicotine and carbon monoxide to their suckling infants.

A study conducted by two Swedish doctors, around a decade ago, showed that infant cot death was double among babies of mothers who smoked more than 10 cigarettes a day during pregnancy, as compared to nonsmokers. Even if a woman does not smoke herself but is exposed to second hand tobacco smoke during pregnancy, it could lead to premature delivery, miscarriage, low birth weight, and foetal or perinatal death. Many women are aware of the dangers of smoking during pregnancy, but not about its ill effects after delivery. Few regular smokers realise that their children are passively smoking. A 1981 review of data from several sources by the Federal Trade Commission in the US found 50% of the women were aware that smoking during pregnancy increases the risk of miscarriage.

Women in the West probably began smoking, as an expression of asserting their independence, since patriarchy did not sanction smoking for women. Those were times when only the socially marginalized women, like streetwalkers and prostitutes, smoked. When women from aristocratic lineage took to that long cigarette holder at the end of a delicately gloved arm, it perhaps stood as a visible metaphor for a woman's transition from being dominated to becoming assertive. Women started smoking in public as a sign of emancipation and equality only from the 1920s. But they smoked much lesser than men did, averaging a daily intake of 2.4 cigarettes as against a daily intake of 7.2 cigarettes by men in the US in 1929. Smoking became fashionable among urban women in the West in the 1930s. During World War II, as the contribution of women to the national war effort began to rise, so did smoking among them. Smoking by women was linked to women going out to work, to independence, emancipation and patriotism. This was taken by some to be a suggestion of how women begin to adapt certain manly habits when they begin to work in public places like men do.

“The Tobacco Epidemic”, a film produced by WHO demonstrated that smoking is no longer an exception among women in countries where cultural attitudes do not support smoking in them. Women living in poverty in India smoke bidis or pepper their paan with a lot of tobacco. Tobacco taken with paan is very dangerous because this tobacco is taken in its pure and unadulterated form. Some of these women pick up the habit from their mothers and aunts. But for most of them, it is an antidote for hunger. Smoking kills appetite, so it works as a strong palliative for women who are forced to go hungry for want of food. For these women, smoking is a negative way of circumventing poverty. Or it could be their way of living with poverty.

Women among the educated, urban and upper classes smoke because very often, they consider it linked to the 'image' that goes with their profession. These are occupations where stress is structured into the work and where a public image that spells out aggression is a must. Advertising, public relations, journalism, modelling, writing, acting on stage or in films are some such occupations where women smoke because they believe they should rather than because they want to. Similar reasons however, apply to men in similar professions, which underscore the point that smoking is not really a gender issue at all. The same would seem to apply to men smokers among the poor and the backward classes.

The ban on advertisment of cigarettes or the small lettered warnings on the packets saying that 'Cigarette Smoking is injurious to Health' does not carry much weight in a country where literacy levels are low all around. Illiterates cannot read the advertisements, so it does not matter if there are or there aren't ads for cigarettes. Also, many Indians buy loose cigarettes and not in whole packets, so the warning, even for those who can read, has no meaning.

Tobacco use among Indian men and women covers a wide range. From smoking bidi, chutta, dhumti and chillum, it goes through an entire gamut of tobacco chewing – khaini, zarda and paan masala. While cigarette and other forms of smoking are common among men, women resort more to tobacco chewing. In some parts of rural India, women smoke bidis and chutta, often in reverse smoking. In Andhra Pradesh, reverse smoking of chutta is considered more 'feminine' than the non-reverse smoking of chutta that men resort to. Paan-chewing among Indian women is very popular and most of those who chew paan as an addiction invariably use tobacco in it.

Smoking among women of the rich and poor classes in India is a second-generation habit because they have either one or both parents smoking. On the other hand, middle class women are generally first generation smokers because they are just building up the habit which they regard to be a status symbol.