Migrating To The Industrialized World At 50+ Is Inadvisable 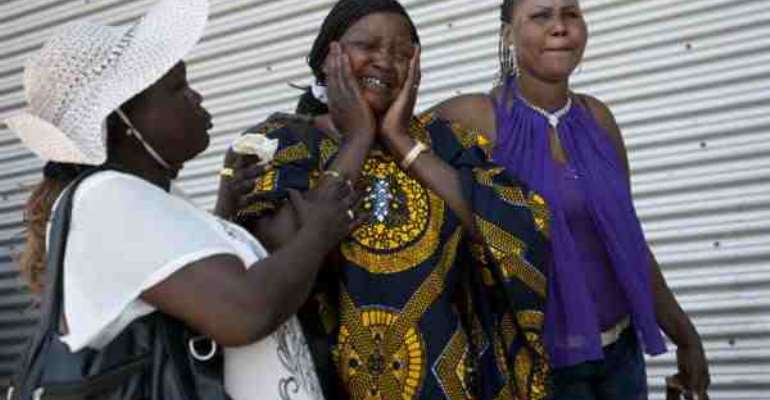 It is an indubitable fact that a theatrical drama or movie that is not well-rehearsed prior to the actual enactment is bound to go horribly wrong and embarrass not only the actors, but all those involved in its production. This explains why rehearsals are indispensable in drama and movie making. But unfortunately, in the unavoidable drama of life, there are no opportunities for rehearsals or retakes. This makes the latter extremely tough and susceptible to massive and of course very embarrassing errors.

However, there are two key things that one could do to at least reduce the many mistakes associated with the drama of life. The first is, learning from the mistakes and experiences of those who have used the stage that one is mounting before; and the second, taking advice from those who have considerable knowledge of the subject matter of one's own life drama. Sadly, many are those who ignore the red lights only to find themselves between the devil and the deep blue sea.

I have persistently pronounced on several platforms that it is a huge mistake for an African to quit a decent job in his/her home country and migrate to the advanced world in hopes of finding “greener pastures”, as they may never find one. But it becomes even more worrying and pathetic if the person migrating is over 50 years old (particularly female) and has no prearranged/secured job offer.

I struggle to comprehend why a middle-aged or older African woman would enter a place like the UK on a-six-month visitor's visa at the invitation of a relative or friend, and decides not to return home but to make the new environment her permanent home. My heart bleeds whenever I come across middle-aged or older African women who have overstayed their three or six months visitors' visas and are struggling to get jobs or make ends meet in the UK. So what makes such people believe that they could easily attain legal status and get jobs after the expiry of their visas? Only heaven knows.

I am certainly not an immigration lawyer or officer, and I do not claim to have a great deal of information about the immigration system in each advanced country. What can however not be doubted is the fact that I do have a quite reasonable knowledge of the UK employment and immigration systems, which may not be hugely inconsistent with those in other industrialized countries.

In almost all western countries, there are work restrictions for students and ordinary visitors or tourists; the former are normally allowed to do only part-time jobs, and the latter are usually not entitled to work at all. Employers generally expect potential employees to have considerable experience in the position being advertised. But frustratingly, an experience gained in an African country is usually not what western based companies prefer even though they would not mention it openly. For them, nothing African can be good enough, and nothing good can come from Africa. The only probable reason why companies do not include the phrase 'an experience gained from an African country is non-preferable', when advertising vacancies, is the fear of being dubbed racists.

The fact of the matter is that even legal African immigrants who have graduated with excellent grades from UK or western based universities are hardly offered the kind of work that they deserve and qualify to do in the UK. I am told the situation is not quite the same in the United States of America; and this is yet to be verified.

Following the credit crunch and the collapse of businesses, more and more citizens of western nations such as Britain are struggling to get jobs; hence African immigrants have to hunt for work almost 24 hours a day and 7 days a week if they are to succeed in getting one. The chances of being employed become even dimmer if the migrant jobseeker does not have legal status, is not able to sufficiently communicate in the language of the country they find themselves in, and/or is a middle-aged or older person (particularly female).

Genuine employers in the UK refuse to employ illegal immigrants so as to avoid being issued with the so-called Notification of Liability (NOL) that attracts a civil penalty of up to £10,000 for each illegal worker employed. And very few companies employ middle-aged or older persons, particularly woman, as old age is commonly associated with low productivity or vice versa.

As a matter of fact, there are not many realistic ways through which middle-aged or older African women whose visitors' visas expire in the UK could attain permanent legal status (settlement or indefinite leave to remain). The only possible options that come to mind are: being married to a UK/EU national or permanent resident, and/or managing to live in the country continuously for 20 years (also known as long stay which used to be 14 years).

It is certainly not impossible but very rare for say, a 50+ year old illegal female African migrant to get a suitable marriage partner. And if a 50 year old woman were to linger on for 20 years as illegal immigrant, she would be 70 years by the time a permanent legal status is obtained. So what relevant benefit could a 70 year old person gain from the attainment of a 'permanent resident' status in the advanced world? Your guess is as good as mine.

Emmanuel Sarpong Owusu-Ansah (Black Power) is an Investigative Journalist, a researcher and the author of Fourth Phase of Enslavement (2011) and In My End is My Beginning (2012). He may be contacted via email ([email protected]).