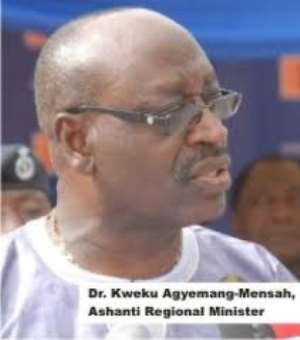 He said the police were not above the law and it was time stringent action was taken against those, who trampled on the rights of suspects with impunity.

Dr Agyeman Mensah made the call in an address read for him at a police-public forum organized by the Commonwealth Human Rights Initiative (CHRI) in Kumasi on Wednesday.

The goal was to promote police accountability through public awareness creation on the rights of arrested persons.

The Regional Minister underlined the government's determination to ensure that the dignity of all the people was upheld.

He appealed to CHRI to extend the initiative to the districts where abuses were rampant.

Chief Superintendent Moses Atibillah, Ashanti Regional Director of Police Prosecutions, said it was important for the people to be assisted to better appreciate their fundamental rights and freedoms to prevent abuses.

He warned against torture and molestation of suspects, adding that, it was also an offence for police officers to demand money before granting bail.

He said people should insist on their rights when under arrest and take advantage of the Police Intelligence and Professional Standards Bureau and report any form of abuse for redress.

Ms Mina Mensah, Programme Officer of CHRI, said the aim of the project was to help entrench democratic principles.

Have Confidence In Me, I'm An Honest Leader — Akufo-Addo
33 minutes ago