Cassava flour inclusion in bread to save Nigeria more than $2.1 billion annually 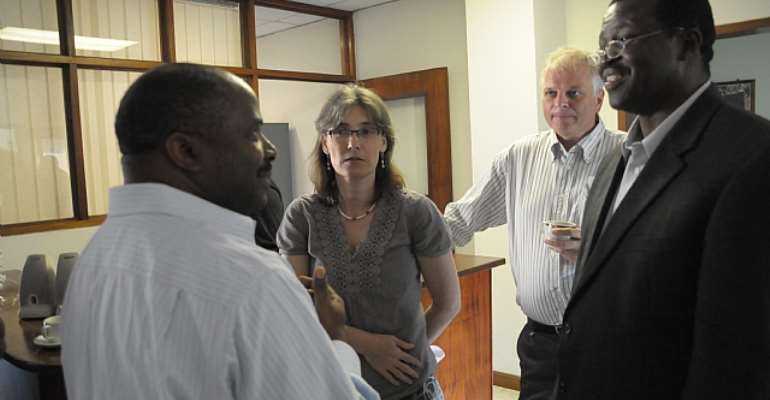 Nigeria currently imports wheat worth N635 billion (about $4.2bn) annually, hurting its foreign exchange earnings and worsening the rate of unemployment. The inclusion of cassava in bread aims to cut imports of wheat by half.

“The spending on food imports is unacceptable,” said Dr. Adesina during the launch of the Cassava Transformation Agenda at the International Institute of Tropical Agriculture (IITA) in Ibadan.

Presenting bread loaves baked by researchers from IITA to the Federal Executive Council, the Minister urged Nigerians to embrace the consumption of bread with cassava flour content.

According to him, “apart from Nigeria saving N315bn, it will also create jobs and encourage farmers to produce more.”

In 2002, Nigeria adopted a policy compelling flour millers to implement 10 per cent cassava flour into wheat flour. The policy, backed by improved varieties from IITA, raised cassava production by 10 million tons between 2002 and 2008, making the country the largest producer of cassava.

Under the new transformation agenda, Nigeria plans to double its current cassava production from 37 million tons. The Critical areas the government is focusing on are value addition to make production demand driven and the improvement of yield among others.

Dr. Nteranya Sanginga, IITA Director General, in an address to Nigeria's Cassava Transformation team, says the inclusion of cassava flour in bread is a sure way of stimulating the demand for cassava.

The cassava bread baked by researchers from IITA is patronized by staff and visitors to the institute. Consumers love it and a survey carried out recently recorded positive perception on the product.

Rich in carbohydrates, cassava is a staple to more than 600 million people in the developing world.

In sub-Saharan Africa (SSA), cassava is mainly a subsistence crop grown for food by small-scale farmers who sell the surplus. It grows well in poor soils with limited labor requirements. It also provides food security during conflicts when the invader cannot easily destroy or remove the crop, since it conveniently grows underground.

Apart from food, cassava is very versatile and its derivatives and starch are applicable in many types of products such as foods, confectionery, sweeteners, glues, plywood, textiles, paper, biodegradable products, monosodium glutamate, and drugs. Cassava chips and pellets are used in animal feed and alcohol production.

You’ve Fulfilled Most Of Your Manifesto Promises; Objective ...
2 minutes ago

How Slain Mfantseman MP Begged Killers To Follow Him Home Fo...
17 minutes ago