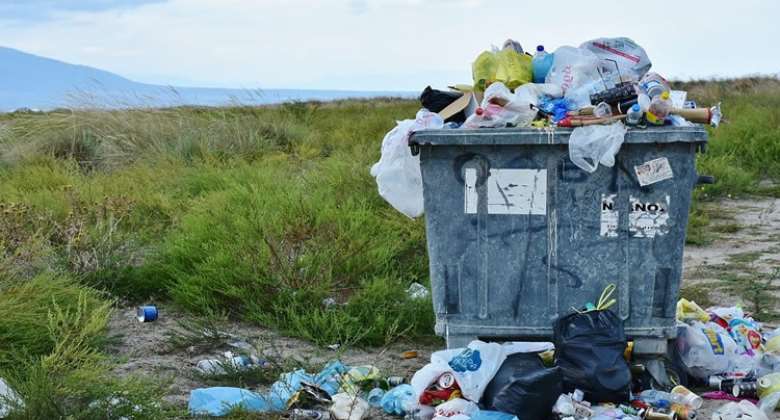 Faced with plunging profits and a climate crisis that threatens fossil fuels, Big Oil is demanding a trade deal that weakens Kenya’s rules on plastics and on imports of American trash.

African civil society on climate change, under the umbrella of the Pan-African Climate Justice Alliance (PACJA), is shocked by the revelations and has condemned in the strongest terms possible any such manoeuvres, and any deliberate attempt to reverse gains achieved to defeat plastics in the world.

A statement signed by Mithika Mwenda, Executive Director of PACJA, said the plan to “flood Africa with plastics” is diabolic and therefore wants the oil companies and allied governments behind this endeavour to be shamed and stopped.

The Alliance has outlined five points of action:
1. The Kenyan Government, with immediate effect, to cease, and resist any attempt by the American trade delegation to manipulate the Kenyan delegation to allow a treaty that results to plastic dumping in the country.

2. African people everywhere to rise and reject any trade deals and other plans that will treat their streets and communities as a dumping ground for US waste. Africa already receives millions of tons of waste from western countries annually. The World Bank estimates that by 2050, waste generated in Sub-Saharan Africa will triple.

Right now, 80-90 per cent of plastics waste is inadequately disposed of in many countries across Africa and pose threats to rivers and oceans. Waste mismanagement, which is projected to increase on the continent, and the additional burden of plastics imports will create conditions where both people and nature are unable to thrive. We cannot let this happen.

3. African governments stay on a decarbonized, plastics-free, and sustainable growth pathway that puts the welfare of citizens and nature first. At least 30 African countries have either totally or partially banned plastics bags, and the continent leads the world in plastics regulation. The Alliance and its partners had played a key role in lobbying governments to pass these regulations and we cannot allow a reversal of these advances now. Furthermore, the continent is already grappling with the challenges of climate change that have resulted from the burning of fossil fuels and cannot take anymore thrash from the same companies that have caused so much harm already.

4. The US government to be transparent in all trade negotiations with African countries, especially Kenya. We note with great concerns that the leadership of the United States has withdrawn from the Paris Agreement, even though the US contributes 18% of the total global emissions. It is, therefore, both wicked and immoral for the US government and its corporate interests to pursue actions likely to cause further havoc and exacerbate existing environmental crises in African countries. The adaptation needs in Africa are huge and a high priority for the continent, which the US government should support through continued investments in healthcare, sustainable food systems, water, infrastructure, among others. Any business deals between the US and African governments must revolve around these difficult issues.

5. Big Oil investors to begin redeeming themselves by redirecting their resources towards supporting decarbonized growth in Africa through investments in renewable energy uptake and access. Fossils fuels account for nearly 90% of global emissions of carbon dioxide in the atmosphere, which with other greenhouse gasses, is responsible for climate change.

Despite contributing only 4% to global emissions, Africa is among the most vulnerable regions to the impacts of climate change and the least capable to either adapt or contribute to mitigating it. With a weak energy infrastructure and the lowest levels of energy access in the world, Africa presents great opportunities for energy innovation. Estimates of clean power generation potential in the continent are 350 GW for hydroelectric, 110 GW for wind, 15 GW for geothermal and a staggering 1000 GW for solar. Big Oil investors should support strides towards an Africa powered by renewable energy and not work to hamper or reverse them.

PACJA and the African civil society say they are closely monitoring this very unfortunate development and will not relent in holding all parties accountable for any trade deals that put the African people and environment in harm's way.