Are Eagles Descending on Africa soon? 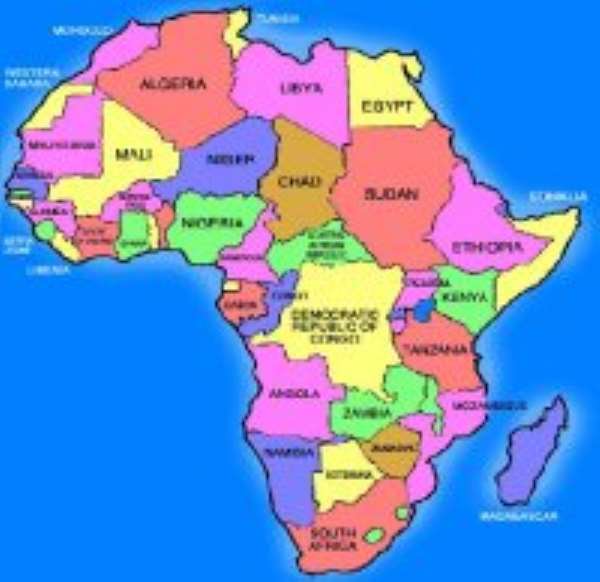 The Raid by American Special Forces in Somalia that resulted in the Death of one of the individuals responsible for the US Embassy attacks in 1998 could be a harbinger of events to come.

In recent weeks US Forces have conducted a Military Exercise in Gabon. The exercise was designed to be a Humanitarian Intervention along with Regional Allies in West Africa especially those Nations that reside in the Gulf of Guinea Region. Another Exercise Harvest Fire 10 is scheduled to begin on October 15th in Uganda. This exercise in Uganda is designed to be a Humanitarian Intervention as well but this exercise will involve members of the East African Community (EAC).

There is another interesting fact that has Peace Activists and those opposed to AFRICOM concerned. Several Groups including Resolve Uganda and Invisible Children have supported a Bill called the LRA Disarmament and Northern Uganda Recovery Act. There is a clause in the Legislation that will call upon the President to present a plan to the Congress of available options to rein in Joseph Kony and the LRA. In recent weeks the LRA has launched attacks in Southern Sudan and the Central African Republic.

One of the Options could be a Military Option. Earlier this month the US Ambassador to the DRC told a Forum in Washington that the US was "refurbishing" a Military Installation in Kisangani. There is a saying that He who controls Kisangani controls the Congo. The Purpose of this effort is to assist in the continued assimilation of former militia members into the Armed Forces of the Democratic Republic of the Congo (FARDC).

The Horn of Africa is still an area of major concern. Recently the President of Somalia was in the United States asking that the Children of Somalis not to send their Children back to Somalia as insurgents. One of the Main Somali Islamist Militias Al-Shaabab has been recruiting Members in the United States. There is at least one Grand Jury looking into this matter in the US but when it comes to this Homeland Security is strangely Silent. Another region where there is US silence is Somaliland. There will be Presidental Elections in the Near Future. Maybe its time to recgonize this area as an Independent State not as an Autonomous Region.

The Situation in Kenya in regard to the violence that resulted after the December 2007 Elections is still in flux. Although it appears that the case has been referred to the ICC (International Criminal Court). Recent Reports that there is an attempt to import Sophisticated Weapons into the Rift Valley have been denied as this point. The Country has been threatened by Somali Insurgents as well and tensions with Uganda have not been resolved yet.

The Instabilty in West Africa has yet to be resolved. The recent violence in Guniea and the Security Problems in Gambia are just tips of the Iceberg. Add the Problems in the Casamance Region of Senegal then you have the potential for a Widespread Conflict that could draw in Regional Actors. The Situations in the Niger Delta with the Amnesty and in Niger with a Potential Self-Coup cannot be ignored either.

There have been some people who want to know what the State Department is Doing. They are concerned that US Policy Decisions and Programs are being conducted and run by the Pentagon. A Recent Report by the Inspector General of the State Department found that currently Africa Desk is suffering from Low Morale and other Problems. Some Countries have been dealing with the Pentagon instead. That is a problem.

The Author Publishes Confused Eagle on the Internet. It now can be found at confusedeagle.livejournal.com

More Feature Article
Modern Ghana Links
As We Await Judgment On The 2020 Presidential Election Petition
Towards Corruption Fight
Why Dr. Bawumia Is The Right Person To Succeed Nana Addo -Episode 2
Join me, Mr Tourism Minister-designate, to see Oda big tree
Why Write?
Abele Azani -The Spiritual Grain That Sustained Ahanta Throughout The Ages
Malawians: Corpses Do Not Turn Into Lions And Other Animals
Are the NDC Members of Parliament Serving the Nation or their Partisan Interests?
Who has made you Authority over Ghana Laws, oh ye “Know-all” Highly Educated Ones?
Quote Reports Dossiers
TOP STORIES

Bagbin 'rode on NDC's back' to be Speaker for 'own parochial...
56 minutes ago