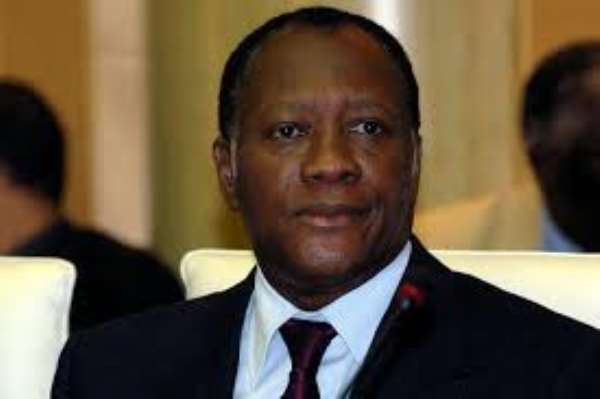 There are plenty of crises spots in West Africa where the radicalization of a Faith has occurred. The most notable examples are the actions of Boko Haram over the last few years first in Nigeria and since the Election of President Buhari spreading into Cameroon, Niger and Chad.

Another example was the implosion of Mali back in 2012. This event caught the World by surprise since there were no warning signs evident at the time. However this situation was exploited by Radicals as well as they literally took over one-third of the Country and attempted to impose Sharia before being ousted by a French led Force.

Meanwhile the Central African Republic still continues to suffer from its bout of mismanagement by Government that has been exploited by Radical Islamists. It was not until the Christians in the Country decided to fight back that led its neighbors the French and the UN to intervene. This crisis still continues to fester at this point in time.

Consider now the situation in the Ivory Coast. Where some of the same demographics play out sans the violence. A controversial Election in 2011 which replaced a Controversial Christian President with a Muslim, The Incumbent then being indicted by the International Criminal Court and is now currently in the dock. But there are several demographics that concern analysts.

First of all is Mali. In recent weeks Ivorian Security Forces have conducted Security Operations along the Northern Border with their Malian Counterparts. There have been several attacks in Southern Mali which have been attributed to elements hiding out in Ivory Coast. The large number of youths lacking employment and opportunity in the region can provide an ample source of Fighters in any conflict. Even though there is a Peace Treaty tensions continue to simmer within Mali.

The second potential issue is the number of Lebanese in the Country. The hold dual citizenship in both countries. The area of concern is their potential to fundraise or even recruit fighters for Hizbullah in Lebanon or their proxies currently fighting in Syria. They could be used to spread badly needed funds throughout the region in support of Iranian Policy as well.

At this time the Opposition within Ivory Coast has been holding weekly rallies in preparation for the upcoming Elections. There is even word that the Hollande Government is currently souring on its relationship with the Ouattara Administration. These factors are similar to ones that have been exploited in several neighbors but have not been able to gain any traction with Ivory Coast.

This is an interesting factoid. However with several events in the region it is probably only a matter of time before Ivory Coast suffers like Nigeria and Mali…..