More Problems For Christians In Nigeria 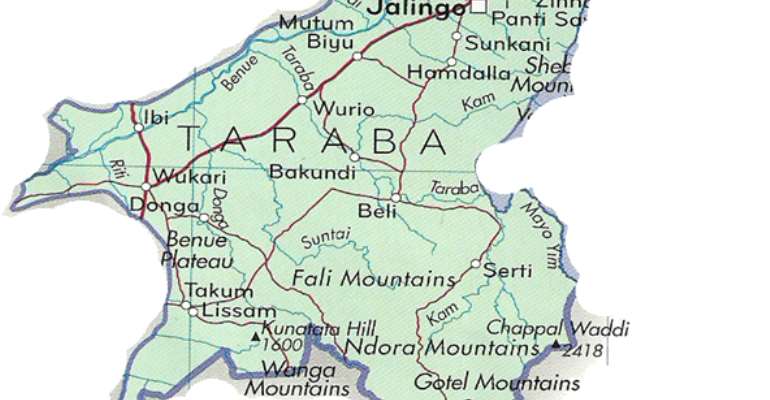 When one hears or thinks of Christian Persecution that is occurring inside Nigeria the first thoughts seemingly focus on the Boko Haram Militancy that started in the Northeastern part of the Country and has been able to spread outside of Nigeria to its neighbors.

The State in Question is Taraba. This State lies to the south of the Area where the Islamists have focused their insurgency which are the States of Yobe, Adamawa and Borno. It also forms part of the border with Cameroon. Like Several Other States in Nigeria the State has had one person dominate the Political Landscape. That Person is Senator Emmanuel Bwacha.

The question now is who is the guilty party? According to a report documented by the Nigeria Conflict Security Analysis Network and analyzed by World Watch Research which is part of the Open Doors International the numbers are staggering. Using data collected between December 2013 and July 2015 the following incidents have taken place within Taraba State:

At this time there are 10 IDP (Internally Displaced Persons) Camps open within the State currently housing 11,898 People. In Benue State there are six camps open and housing 12,664 IDPs. An estimated 10,000 more IDPs are camped along the Nigerian-Cameroonian Border as well. What is a concern is that it is estimated that this covers only 50% of the reported atrocities against the Christians committed by the Fulanis.

Earlier this year Nigerians elected a New President to deal with a myriad of issues such as a poor economy and the Boko Haram Insurgency. These concerns have easily overshadowed the events that have occurred in Taraba. It has been recommended that the UN Human Rights Council send a Commission of Inquiry to the region (Middle Belt) The focus will be to determine if ethnic/religious cleansing is taking place in this state.

No data regarding violence against Musilms has been collected to determine how they have suffered in this area. It feels that some type of cleansing process is taking place to support the Boko Haram Insurgency. This is also something that the US Embassy in Nigeria and the Congress need to investigate so that the proper discussions could be held with the Government in Abula.

The region is already in a precarious state. Nothing else that will inflame tensions needs to occur. Its time for Abuja and its allies/donors to face some critical questions.