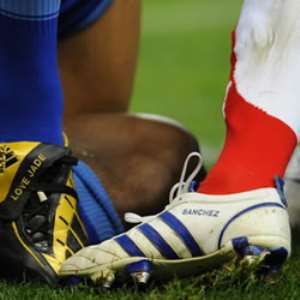 African Liberation Day usually falls on May 25 of every year. To me it is an event that reminds us of where we come from so that we can understand why we are where we are. It is observed in almost all African countries. This year's event passed on as usual with lots of rhetoric but little to indicate the resolve of Africans to deal with their own problems.

For the sake of space, I would focus this article on a new wave of craziness that is engulfing our continent. An average African points accusing fingers at a 'whiteman' for the woes of Africa, but he would hardly come to terms with his own contribution to his adverse condition. This mentality is exhibited in all facets of our lives.

We all understand football; the Americans know it as soccer and pronounce it 'sucker'. The love of football is gradually turning into another phenomenon by which the African is loudly saying we prefer everything European. It is very common to see and hear fellow Africans debate, fight and kill in the name of football, the saddest part of the story is that the clubs they are 'loving' and 'killing' for are all foreign football clubs. In the UK, people identify themselves with various football clubs as a result of individual players of African origin playing for those teams.

I have no problem with Africans Showing solidarity with their fellow 'continentals', but this support has reached a negative crescendo. Why don't we exhibit the same enthusiasm towards our local leagues in Africa? If we all complain about the quality of the games in Africa and for that matter abandon it and opt for the 'refined' foreign ones, who are we expecting to improve ours? Do we understand that the only reason foreign players abound in Europe especially in the UK is because our local league does not attract the kind of monetary support like the European league?, how many European players are playing in Africa, Asia etc? Why can't we be passionate about anything African? Is it because we are psychologically injured and part of that injury means we abhor our own?

Earlier this month, a month when we acknowledge our traumatic past, it was reported that a Kenyan Arsenal football fan committed suicide by hanging because his team suffered defeat in Champions League semi-final second leg by Manchester United. What a stupid way of dying as an African? You may disagree with me over my choice of word but it is true. Isn't it ironical for us to be gradually slipping back into the same mentality that facilitated the selling of our brothers and sister into slavery in the past? Are we psychologically injured from the past experiences?

On Thursday 28th of May, again the BBC reported that a Manchester United Football fan deliberately injured his fellow citizens due to anger over his teams defeat during the just ended European Champions league game .The report stated that four people were killed and ten others wounded during the incident in Ogbo town in Nigeria. “A police spokeswoman told Reuters news agency: The driver passed the crowd, then made a U-turn and ran into them." What on earth would cause a man to behave like this if he is not psychologically injured?

The phenomenon is so bad that in Ghana, you hear even educated people argue on radio and television programmes passionately about European football at the expense of the local league. Some of them believe it shows how civilised they are by having knowledge of the foreign league, and those who cannot be articulate in the knowledge of the foreign league are considered to be less intelligent.

Corporate organisations in Ghana are now sponsoring European football games on television in Ghana at the expense of the local league and we all look on sheepishly. It is common to see hungry people fighting hard to earn some money to buy football paraphernalia of 'Manchester United, Chelsea, Arsenal' with the names 'Rooney, Terry and Fabregas written on them. They look very ridiculous in those shirts; to me it is a mark of advertising yourself as 'a slave'. Some people think it is 'just football', but if funding for local league is being diverted to sponsor European games on television, people are being killed, I don't see the funny side of it.

It explains why we want to sell everything to the European, water, electricity, telecommunication etc, gradually we may be living in Africa where we think we come from but actually we are properties of someone in Europe. This article is not intended to be anti-western, I believe most honest and good people in the west would wish we come out of our difficulties. Let us love our own, if you and I buy the season tickets, the paraphernalia etc of Kotoko, Hearts of Oak, Olympics etc, they may have resources to invest in the game, if the corporate organisations fulfil the local responsibilities by channelling some of their resources into the local league we may be able to build the kind of game you want to see. When this happens, then we may begin to heal ourselves from the symptoms of psychological injuries. I challenge the media in Africa to stop the 'voluntary re-colonisation' of Africa through the unnecessary promotion of foreign influences at the expense of our own. And to you the African who think your knowledge of European Football make you intelligent, I think otherwise you are actually a 'slave'.

Sorry if this article made you angry; I hope you wouldn't drive your car, bus etc to kill my people.