Georgia run-off election set to determine composition of US Senate 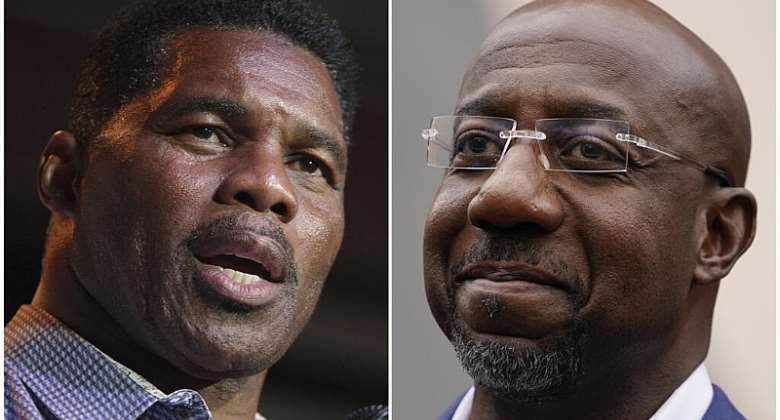 In the US state of Georgia, Democrat Senator Raphael Warnock and Republican challenger Herschel Walker are face to face in a run-off on Tuesday, bringing the 2022 midterm elections to a close. After losing majority in the House of Representatives, the Democrats are hoping to improve their majority in the upper house.

The 8 November midterm election resulted in a run-off in the southern state of Georgia. That's because according to the state's legislation, one candidate must have at least 50 percent of the vote, in other words, the "winner takes all" formula doesn't apply here.

A Walker victory in the Senate would keep the 50-50 status quo, but Democrats already maintain control thanks to Vice President Kamala Harris' tie-breaking vote.

Last month, the Democrats managed to flip a Republican-held Senate seat in Pennsylvania to maintain their thin advantage in the chamber without relying on the outcome in Georgia, but having an extra seat could make all the difference.

"For many things that pass in the Senate, you need to have 60 votes," Professor Charles Bullock III told RFI. "But if it is something which relates to the budget, then you can pass that with 51 votes. Also the party which has 51 votes can bring forward the names of nominees for the positions of federal judges."

"We have one black senator who was duly elected by the people of Georgia," says Fenika Miller, a community organiser with Black Voters Matter, an NGO that encourages African-American voters to go to the polls.

"And then we have an opponent who is now vying against him and they are on opposite ends of the political spectrum. The only thing that they have in common is their race and their gender," she tells RFI.

The lines are not as clearly drawn as one might expect, and this is what is giving the run-off its particular nail-biting edge.

In the first round, Warnock's support was made up of a majority of young voters, black voters, women, college graduates and suburbanites. Warnock may have even been helped by Republicans who decided not to support Walker for different reasons.

According to opinion polls, some 16 percent of Republican voters who don't identify as MAGA supporters backed rival Warnock in the general election on 8 November.

Pasci will be among those Republican Trump-sceptics who will still back Walker.

"He's got personal problems," Jake Pasci admits, referring to Walker being accused of violence against women on several occasions.

"He's a wonderful example of what happens when you let Donald Trump choose our nominee. But, he adds, "the fact that Herschel Walker has personal problems doesn't make me a socialist. So I'm not going to support Raphael Warnock."

In any case, Democrats are expressing some relief that during the midterm elections, "we did not see the red wave that had been predicted," says Martin Raxton, CEO of Krimson PAC, an organisation backing mostly black, Democrat candidates.

"For the most part, that sends a message across the bow that democracy is still pretty safe and that the American people voted their conscience," he says.

"I think the American people are saying that let's give the current administration an opportunity to finish the job that they were elected to do. And in 2024, let's see where we go from there".

Election violence in Nigeria's south east is threatening to ...
19 minutes ago