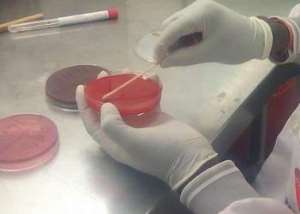 Medical Laboratory Professional Workers’ Union (MELPWU) of Ghana has called on the government to suspend a decision to place the services of the medical laboratory profession under public-private-partnership (PPP).

The Union says it is the known that government has begun processes to place the services of Medical laboratory professionals under public-private partnership.

According to the union, the arrangement which is new has no service provider within the health sector currently under it.

Speaking at the annual general meeting of the union in the Ashanti Region, the General Secretary of the Medical Laboratory Scientists, Cephas Kofi Akortor, called on the government and the Ministry of Health to “put the decision on hold.”

The group wants government to “engage in a broader stakeholder consultation in order to ensure it is in the interest of the public.”