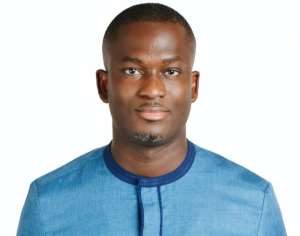 Communicators of the ruling New Patriotic Party and government spokespersons have been challenged to propagate the many achievements of the Akufo-Addo led government to secure victory for the party in the 2024 general elections.

Nana Kofi Akomea Jnr, the 2nd Vice Chairman of the NPP in Fanteakwa South and also a government spokesperson indicated the only way for Ghanaians to retain the party in 2024 is how communicators are able to sell the good works of the current government.

Speaking in an exclusive interview with Bryt FM Kwabena Nyarko Abronoma, Nana Kofi Akomea Jnr indicated that the opposition NDC is engaging in cheap propaganda to downgrade the hard work of the government, hence the need for communicators to act swiftly.

He stressed the NPP has achieved a lot within its six years in governance and therefore the current global crises cannnot be used as a yardstick of its performance.

"We have performed creditably well within this six years of being in power and I think party communicators must work on propagating to Ghanaians what Government has done so far," he said.

However, the Government Spokesperson appealed to the party's leadership to continue and strengthen support for party communicators in order to make them deliver on their mandate as well.

E-Levy: Gov’t determined to behave like a vampire to suck th...
51 minutes ago

Gov’t will hide behind IMF discussions to force more hardshi...
51 minutes ago