A Sending Church Versus A Collecting Church 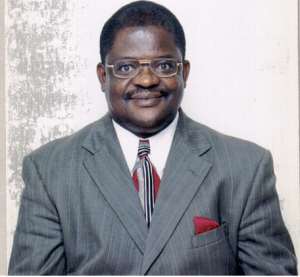 A sending church versus a collecting church is a false dichotomy that is responsible for the death of many churches in the Western World. A sending church becomes missional in the sense that every member becomes an evangelist who reaches out to the lost. A collecting church becomes too much preoccupied with the people in their local church. The people begin to think that the work is to be done by the paid staff, which includes the senior pastor, the administrative workers, and the Associate Ministers. It is like we pay you to serve us so that those of us who are not paid become spectators. Many churches that are growing today have become sending churches. These are Great Commission Churches. The collecting churches are dying because they do not utilize their God given spiritual gifts to reach out to the lost people around them.

FAITH VERSUS REASON
This problem may be unique to your church. Is your church in an urban center or a rural area? Those who do not understand Christ and the local church would create a dichotomy between faith and reason. It is the cults who prey on people to jettison reason, not true evangelical churches. Reason does not contradict faith if the faith is reasonable faith.

Faith and Reason is a topic that has been written about in Philosophy extensively. First, one has to define faith. Second, one has to state one's object of faith. Then one has to define reason and its implications. Faith goes hand in hand with reason. However, if there is a conflict between reason and faith in Christ, I postulate that a believer should choose faith in Christ. Let me give you a practical example. When you read Luke 5, it is recorded that after Jesus had ministered to the multitudes, he told Peter to launch his net for a catch of fish. Peter and his fishermen colleagues had been fishing all night without any catch. Furthermore, Peter was an experiences and veteran fisherman, but Jesus was not. However, because Jesus commanded Peter to launch into the deep, Peter obeyed. To his surprise, he caught a large swath of fish that he alone could not pull the net. The other fishermen had to help him. When Peter saw the great catch of fish, he came and bowed before Jesus and told Him, “ Go away from me, Lord for; I am a sinful man, O Lord” (Luke 5:8). If Peter had used his reason to conclude that because he was a professional fisherman, he knew more than Jesus, he would not have experienced this miracle that turned his life around.

Akufo-Addo angry, dissatisfied over slow pace of work on Bol...
5 minutes ago