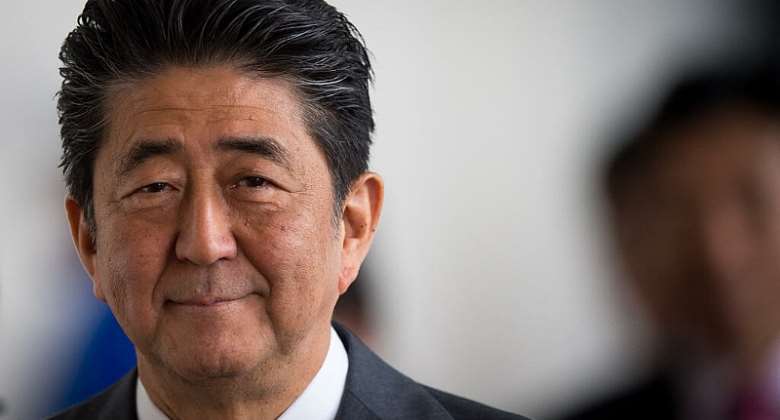 The 67-year-old former prime minister was shot while he spoke at a political rally in the western region of Nara.

He died hours later in hospital.
He had been forced to retire as PM in 2020, suffering from ulcerative colitis, a debilitating bowel condition.

Abe first became prime minister in 2006, at the age of 52, the youngest person to occupy the job in the postwar era.

He was seen as a youthful champion of change, and came with a solid pedigree based on several generations of family involvement in conservative politics.

His first period in charge was turbulent, plagued by scandals and party in-fighting. He resigned within 12 months.

Five years later, in 2012, following a period of extraordinary political instability in Japan, and the terrible tragedy of Fukushima, Shinzo Abe returned to the PM's office, this time to stay.

In an effort to revive the world's third-largest economy, which had been in the doldrums for more than 20 years, Abe spent vast sums of government money, permitted so-called quantitative easing ... basically, printing cash ... and cut red tape.

The approach was quickly dubbed "Abenomics". The guiding idea was to break down any and all barriers to the development of the Japanese economy and map out a new trajectory for growth. All this in order to ensure "future growth, for future generations, and for a future Japan".

The Economist magazine characterized the program as a "mix of reflation, government spending and a growth strategy designed to jolt the economy out of suspended animation that has gripped it for more than two decades".

Unfortunately, the Japanese economy's structural problems proved difficult to surmount. Abenomics made deflation almost inevitable, and the country was in recession even before the outbreak of the coronavirus epidemic in 2020.

Shinzo Abe was criticised for reacting slowly to the threat posed by the virus, and then of a confused and confusing approach to the management of the crisis.

On the international stage, Abe took a hard line on North Korea, but sought to play the peacemaker between the United States and Iran.

He prioritised a close personal relationship with Donald Trump in a bid to protect Japan's key alliance from the then-US president's "America First" mantra, and also tried to mend ties with Russia and China.

The results were mixed.

Trump tried to force Japan to pay more for US troops stationed in the country; a deal with Russia on the disputed Kuril islands was never reached; and a plan to invite Chinese leader Xi Jinping for a state visit fell by the wayside.

Abe pursued a hard line with South Korea over unresolved wartime disputes and was committed to revising Japan's pacifist constitution.

Throughout his tenure, he weathered political storms including allegations of cronyism. His approval ratings fluctuated but that did little to affect his power, in part thanks to the weakness of the opposition.

He had recently expressed support for significant rises in Japan's defence budget, citing Russia's invasion of Ukraine as proof that Japan needed to remain vigilant in case of a Chinese invasion of Taiwan.

Afrobarometer survey: 55% of Ghanaians unimpressed by gov’t ...
6 minutes ago